Presidents of Russia and Turkey to discuss US move on Jerusalem

Ahead of his election last year, Trump repeatedly promised to relocate the U.S. Embassy to Jerusalem. 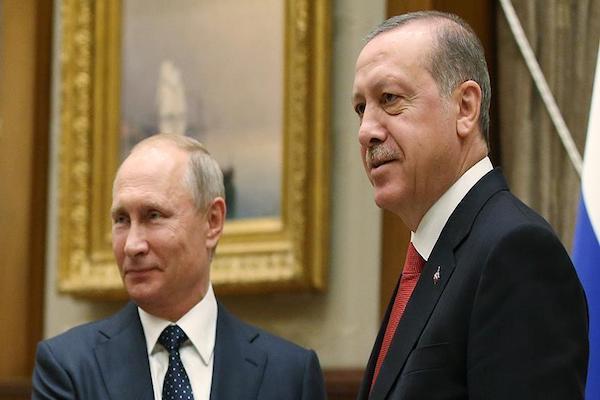 AVRUPALONDON - President Recep Tayyip Erdogan and his Russian counterpart Vladimir Putin were expected to hold a phone call later on Thursday to discuss the U.S.'s recognition of Jerusalem as Israel's capital, according to Turkish presidential sources.

The phone conversation comes a day after Donald Trump announced that U.S. recognized Jerusalem as Israel's "undivided" capital, and the decision to relocate U.S. Embassy from Tel Aviv to Jerusalem despite widespread international opposition.

Jerusalem remains at the core of the Israel-Palestine conflict, with Palestinians hoping that East Jerusalem -- now occupied by Israel -- might serve as the capital of a future Palestinian state.

Ahead of his election last year, Trump repeatedly promised to relocate the U.S. Embassy to Jerusalem.