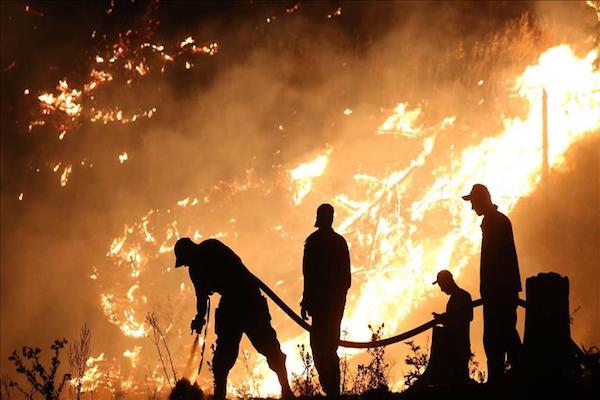 AvrupaLondon - Portuguese interior minister Constanca Urbano de Sousa resigned on Wednesday, days after a wave of forest fires killed 41 people.Last weekend’s deaths come only months after 64 people died in fires in the Pedrogao Grande region -- Portugal’s worst tragedy in terms of human lives in living memory.“After the tragedy in Pedrogao, I asked the prime minister to relieve me of my functions, and I have given him time to find someone who would substitute me,” Urbano de Sousa wrote in her resignation letter to Portugal’s premier Antonio Costa.Urbano had previously told journalists in a Monday news conference that her resignation, which was being demanded by members of the opposition, “wouldn’t solve anything”.This year’s abnormally hot and dry conditions were a major contributor to the massive fires, which have swept through Portugal and northern Spain. The majority of the fires are thought to have been caused by human activity.The fires were further encouraged by an increasingly dense population of non-native Eucalyptus trees, high in flammable oil.Portugal has the highest proportion of forest area in Europe (38 percent) but only three percent of it is in the hands of the state, according to the World Forestry Center.On Tuesday, a Portuguese opposition party also launched a motion of no-confidence against the Socialist government, accusing it of failing to protect citizens against the fires.