Nottingham Tier 3 support package to be announced on Tuesday

The move was announced in a statement from council leaders and had been widely expected following days of talks.Nottingham to move into Tier 3 virus rules. 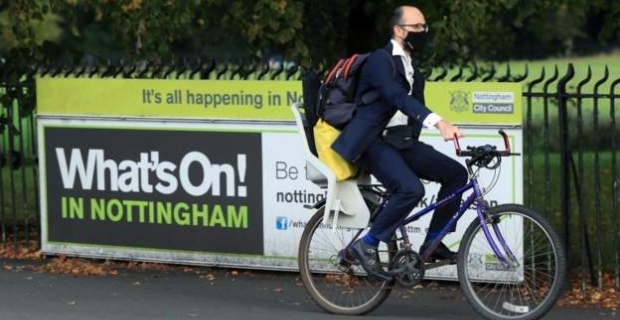 Specific details of the measures will be formally announced on Tuesday and "have been agreed to achieve a sustained reduction in infection rates, especially to help protect our vulnerable residents, the NHS and social care services", the councils say.

They confirm there will be additional rules to the standard tier three baseline measures "specific to these areas of Nottingham and Nottinghamshire".

A package of financial support, similar to those secured in other areas of the country in tier three, has been agreed to help residents and businesses who will be impacted by the new restrictions.

Keywords:
Nottingham Tier 3 Support PackageNottinghamTier 3 Support Package
Your comment has been forwarded to the administrator for approval.×
Warning! Will constitute a criminal offense, illegal, threatening, offensive, insulting and swearing, derogatory, defamatory, vulgar, pornographic, indecent, personality rights, damaging or similar nature in the nature of all kinds of financial content, legal, criminal and administrative responsibility for the content of the sender member / members are belong.
Related News