No major disruption at UK's busiest airport despite ongoing strike 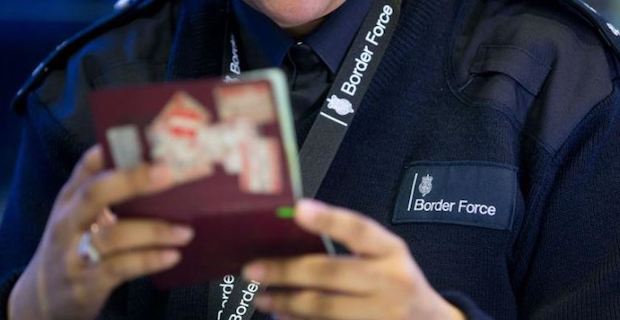 Although Border Force staff at major UK airports walked out on a strike, passengers did not face significant delays at the largest airports Wednesday.

The Border Force strike began Wednesday and will continue through New Year’s Eve at Heathrow and Gatwick in London, as well as Birmingham and Manchester and Cardiff, Wales and Glasgow, Scotland.

The strike, which is being mobilized by the Public and Commercial Services (PCS) Union, is a measure to demand a 10% pay increase, “pensions justice,” job security, and no cuts to redundancy terms.

Arriving passengers at Heathrow told Anadolu Agency that they went through processing as usual, including border control and baggage delivery.

Masoud Salem who departed from Istanbul said there were soldiers at border control and the process went smoothly.

"Everything was fine at the border control, there was no issues. Soldiers were there, they are doing good job," he said.

After Border Force staff decided to strike, it was announced that hundreds of military personnel would be deployed to the busiest airports to provide support to cushion the effect of the walkouts.

Civil service volunteers will also be made available to conduct border checks.

Mark Serwotka, head of the PCS Union, earlier warned that the strike could go on for months unless the government enters talks concerning pay.

Around 1,000 Border Force staff, many of whom check passports, are staging the first of a series of strikes until the end of the year.

Keywords:
Border Force StaffStrikeHeathrow Airport
Your comment has been forwarded to the administrator for approval.×
Warning! Will constitute a criminal offense, illegal, threatening, offensive, insulting and swearing, derogatory, defamatory, vulgar, pornographic, indecent, personality rights, damaging or similar nature in the nature of all kinds of financial content, legal, criminal and administrative responsibility for the content of the sender member / members are belong.
Related News