Netanyahu urges US to recognize Israel’s right to Golan

US ‘not considering possibility’ of acknowledging Israeli sovereignty over strategic plateau 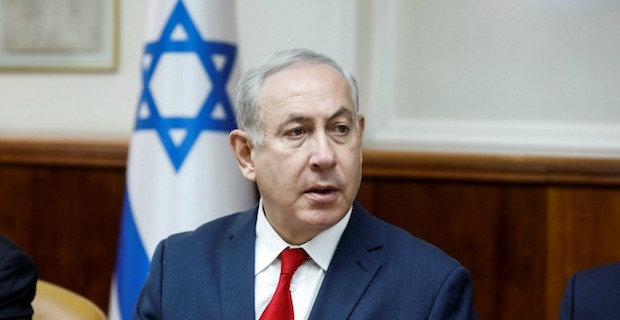 Israeli Prime Minister Benjamin Netanyahu said Thursday that he would not back down on his demand that the U.S. recognize Israel’s right to the occupied Golan Heights.

“I will not give up our expectation that the United States recognize Israeli sovereignty over Golan,” he said in a statement.

Netanyahu’s remarks come one day after U.S. National Security Adviser John Bolton told Reuters that the U.S. administration was “not considering the possibility” of recognizing Israel’s right to the strategic plateau.

Israel occupied the Syrian Golan Heights during the 1967 Arab-Israeli War, when it also occupied the West Bank, East Jerusalem and the Gaza Strip.

The UN continues to describe the Israel-held Golan Heights as “occupied” territory.

Keywords:
NetanyahuIsraeli Prime Minister Benjamin NetanyahuIsraeli Prime Minister
Your comment has been forwarded to the administrator for approval.×
Warning! Will constitute a criminal offense, illegal, threatening, offensive, insulting and swearing, derogatory, defamatory, vulgar, pornographic, indecent, personality rights, damaging or similar nature in the nature of all kinds of financial content, legal, criminal and administrative responsibility for the content of the sender member / members are belong.
Related News