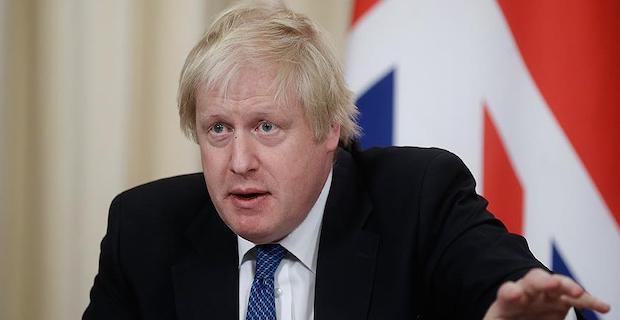 After examining an August column for the Daily Telegraph in which Johnson compared Muslim women who wear the niqab and burka to “letterboxes and bank robbers,” a Tory panel ruled his slurs “respectful and tolerant” and defended his right to use “satire.”

Calling the comments “dehumanising,” the Muslim Council of Britain -- an umbrella group for some 500 mosques, schools, and associations -- said that far from being “satire,” Johnson’s “denigrating” column had inspired Islamophobic attacks.

“Reports at the time suggested that his Telegraph column had real-world consequences, directly leading to ‘copycat’ verbal assaults against Muslim women and the unleashing of hate and Islamophobia from Conservative supporters,” said a statement by the council.

“Mr Johnson is not a satirist – he is a Member of Parliament, and as such has a responsibility to set the tone for the rest of the UK to follow,” added the statement.

“In this case, it is far-right Islamophobes who have been empowered to follow his rhetoric.”

In August senior Conservative MPs and the prime minister herself demanded an apology from Johnson, but none was given.

This June the council called on the Conservatives to launch an internal probe of multiple allegations of Islamophobia within its ranks.

Keywords:
Boris JohnsonMuslim Council Of Britain
Your comment has been forwarded to the administrator for approval.×
Warning! Will constitute a criminal offense, illegal, threatening, offensive, insulting and swearing, derogatory, defamatory, vulgar, pornographic, indecent, personality rights, damaging or similar nature in the nature of all kinds of financial content, legal, criminal and administrative responsibility for the content of the sender member / members are belong.
Related News