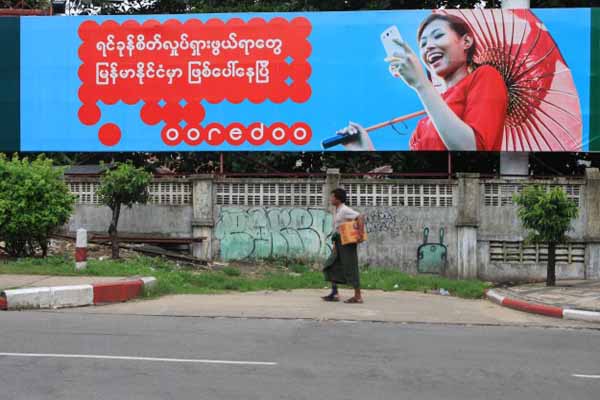 Nationalist circles have called for the boycott of Ooredoo - which is majority-owned by the Qatari government – amid a wave of anti-Muslim hate speech, spearheaded by radical monks who insist Muslims are trying to take over the country. Despite this, vendors in the former capital Yangon as well as the country’s second city of Mandalay told local media Thursday that they have already received the company's SIM cards and started selling them for 1,500 Kyats ($1.50). A vendor in Mandalay said he had been instructed to start selling the cards this Saturday, according to The Myanmar Times. Myanmar’s mobile phone and Internet services are currently among the least reliable in the world. Decades of isolation and censorship under military dictatorships left the country with dire infrastructure while ludicrous price controls meant SIM cards remained unaffordable for the majority of Myanmar’s roughly 60 million citizens.  But this has begun to change as the former pariah state opens up to the world. A quasi-civilian government that came to power in 2011 has brought in sweeping economic reform – a key pillar of which was inviting foreign telecoms firms to set up in the country.

Ooredoo has called a press conference for the same day - which a spokesperson described as “special” - adding that there would be an “exciting announcement.”

Both Ooredoo and its rival, Norwegian company Telenor, will spend billions of dollars on transmission towers and other infrastructure in a bold act of frontier investing in one of the last untapped mobile telecoms markets in the world.