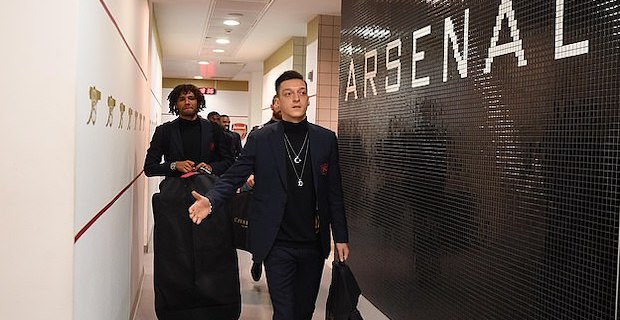 Mesut Ozil has sparked fresh controversy after being pictured wearing a Turkish flag chain as he arrived at the Emirates Stadium ahead of Arsenal's Europa League semi-final with Valencia. His choice of neck wear comes in the aftermath of his high-profile fallout and retirement from the German national team, during which he suggested he was being targeted due to his Turkish ethnicity. Ozil is a third-generation Turkish-German and earned 92 caps for Die Mannschaft, leading them to World Cup success in 2014 - but he believed he was made a scapegoat for their disastrous defence of the trophy in Russia last year. 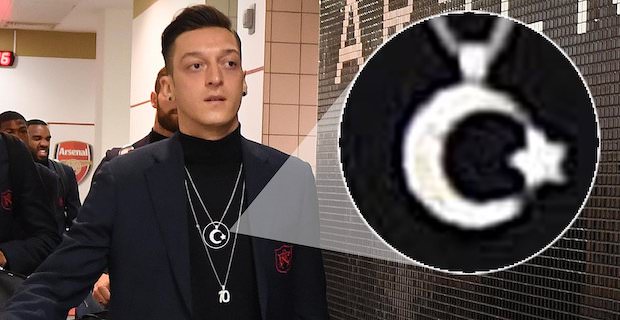 He was pictured with controversial Turkish president Recep Tayyip  Erdogan on the eve of the tournament last summer and was widely criticised in his homeland. Ozil was booed in each of Germany's World Cup games as they crashed out in the group stage. He retired from international duty in the aftermath and accused German FA president Reinhard Grindel of 'racism and disrespect'.    Ozil made his presence felt on the pitch in North London on Thursday night to give Arsenal a foothold in their European tie. The 30-year-old started on Thursday night as Unai Emery's side took a 3-1 lead into the return leg in Spain in a week's time. 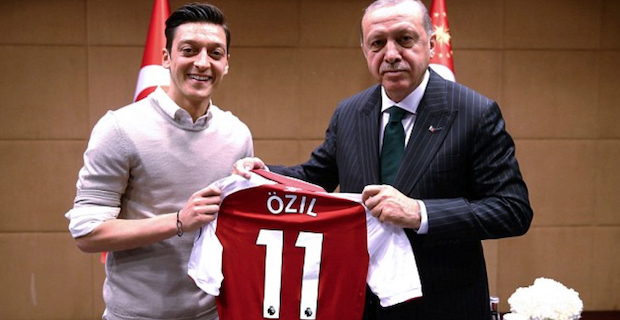 Arsenal are 90 minutes away from a first final in European competition since 2006 after a brace from Alexandre Lacazette and Pierre-Emerick Aubameyang's late strike. Earlier this week he signalled his intent to stay at Arsenal this summer. Asked if he wants to stay, Ozil said: 'Absolutely. I've got two more years on my contract. I don't know after that but I've got two years left. Yes (I am happy here). ' 'Why not? I'm 30 now, I've still got years in front of me. It's down to the club as well of course.' 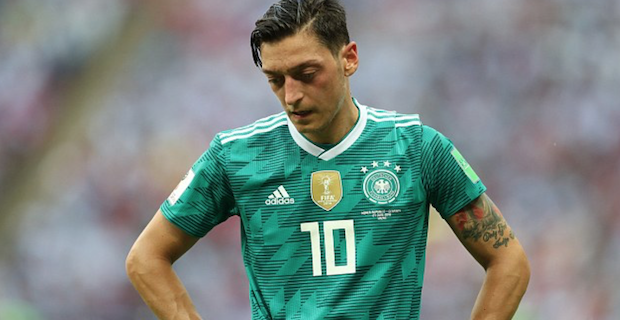 Keywords:
Mesut OzilTurkish FlagTurkish Flag Chain
Your comment has been forwarded to the administrator for approval.×
Warning! Will constitute a criminal offense, illegal, threatening, offensive, insulting and swearing, derogatory, defamatory, vulgar, pornographic, indecent, personality rights, damaging or similar nature in the nature of all kinds of financial content, legal, criminal and administrative responsibility for the content of the sender member / members are belong.
Related News