Harry Spartacus May, 21, has been charged with public order offense over incident in town of Luton 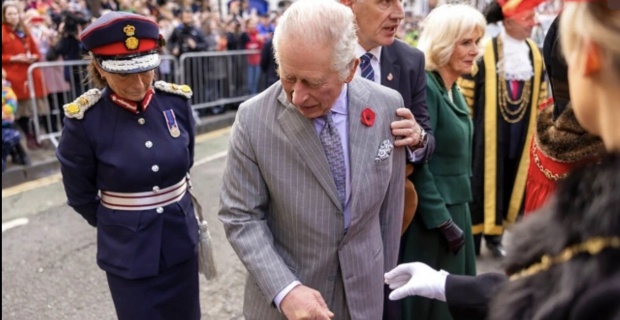 A man accused of throwing an egg at King Charles last month appeared in court on Monday. Harry Spartacus May, 21, is charged with a public order offense after an egg was allegedly thrown at the monarch during a Dec. 6 visit to the town of Luton, some 48 kilometers (30 miles) from London. The defendant appeared at the Luton Magistrates' Court, where prosecutors said the case could only be heard by the chief magistrate. The charge alleges he used “threatening or abusive words or behaviour or disorderly behaviour within the hearing or sight of a person likely to be caused harassment, alarm or distress.” The next hearing is at Westminster Magistrates' Court on Friday. Prosecutor Matthew Taylor said this was a "special jurisdiction case" that could only be heard by the chief magistrate.

Keywords:
Harry Spartacus MayKing Charles
Your comment has been forwarded to the administrator for approval.×
Warning! Will constitute a criminal offense, illegal, threatening, offensive, insulting and swearing, derogatory, defamatory, vulgar, pornographic, indecent, personality rights, damaging or similar nature in the nature of all kinds of financial content, legal, criminal and administrative responsibility for the content of the sender member / members are belong.
Related News