London urges Russia to stop covering up for Assad

Johnson said “Russia has consistently chosen to cover up for Assad.” 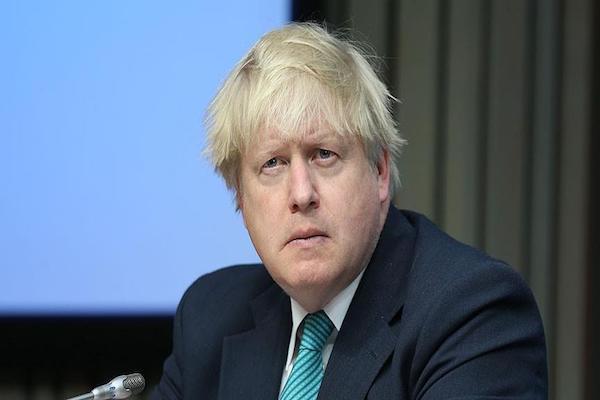 AvrupaLondon - The U.K. has accused Russia of “consistently covering up” for the Syrian regime of Bashar al-Assad and undermining the global consensus against the use of chemical weapons.

Speaking following the release of a report by the Organization for the Prohibition of Chemical Weapons (OPCW) and the United Nations’ Joint Investigative Mechanism (JIM), British Foreign Secretary Boris Johnson criticized Russia for vetoing the extension of an investigation on chemical weapon use during the Khan Sheikhun attack that killed at least 100 people and injured around 500 others on April 4.

“This independent report from expert investigators reaches a clear conclusion: the Assad regime used sarin nerve gas against the people of Khan Sheikhun in Syria on 4 April with tragic consequences for hundreds of victims,” Johnson said.

Recalling that Russia had “promised to ensure Syria would abandon all of its chemical weapons” in 2013, the foreign secretary said “the investigators have found the Assad regime guilty of using poison gas in four separate attacks”.

“Russia has repeatedly attempted to disrupt efforts to get to the truth of the Khan Sheikhun attack, denying sarin was even used and then this Tuesday vetoing a UN resolution that would have extended the mandate of the investigative team,” he said.

Johnson said “Russia has consistently chosen to cover up for Assad.”

“This was the ninth veto it has used to protect Assad and the third it has cast to prevent the Assad regime from being held accountable for its poison gas attacks.”

Johnson said Russian behavior would “only undermine the global consensus against the use of chemical weapons,” urging Russia to “stop covering up for its abhorrent ally and keep its own commitment to ensure that chemical weapons are never used again.”

UN investigators on Thursday held Syrian regime forces accountable for the deadly gas attack, which claimed scores of lives in the opposition-held town.

"The panel is confident that the Syrian Arab Republic is responsible for the release of sarin at Khan Sheikhun on 4 April 2017,” the report written by the UN investigators stated.