I had to have a conversation with casting who said they were very disappointed. Katie is upset but she understands, 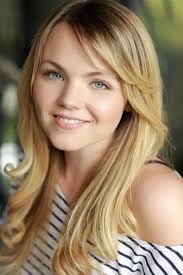 "I had to have a conversation with casting who said they were very disappointed. Katie is upset but she understands." This morning Coronation Street told the Daily Express Online: "Coronation Street have taken the decision to recast the part of Bethany Platt." It is thought the programme already have someone in mind for the role. The actress, who is on the books at AJ Management, is also said to have changed her Twitter handle over the weekend from 'KatieRedford1989' to now being 'Katieredfordtlc'. A snap-shot of the star's CV is doing the rounds on the internet, claiming to prove her current age is 25. The CV, from Ideas Tap, states Katie's date of birth to be 2 March 1989. A representative for Coronation Street told the Daily Express Online, this morning: "This matter was brought to our attention over the weekend and we will be looking into it today." The TV newcomer is set to step into the role of Sarah Louise Platt's daughter this spring. Tina O'Brien, the actress who will play her mother, is 31.