Journalists' Safety and Press Freedom under Attack in Ukraine 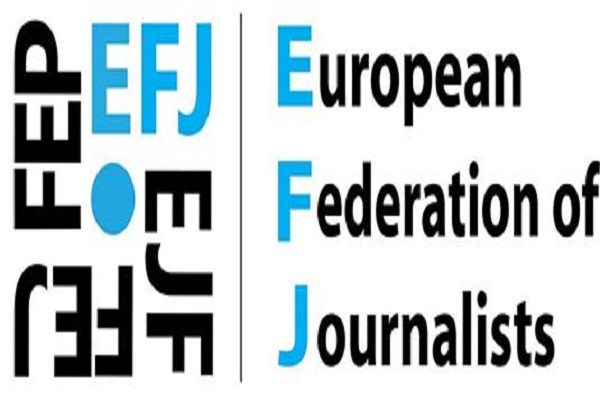 The protests were sparked by the volatile political developments in the country since 21 November 2013. That was also the day when our Ukrainian colleagues officially submitted their applications for EFJ membership. Since then, the assault on journalists has been escalating. Journalists continue to face police beating, arrest, harassment, as well as shooting for doing their jobs. Our Ukrainian colleagues are in desperate need of support from the EFJ and the IFJ, as well as international media organisations.

Thanks to all our affiliates, we have made our demand clear to the Ukrainian authorities. Together with our affiliates, the EFJ has sent protest letters to the President of Ukraine, Victor Yanukovych, demanding an end to violence against journalists. This demand was further re-affirmed by support we received from various groups of journalists and media associations.

Now it has become clear that there is an urgent need for international solidarity with the journalists in Ukraine. The next step for the EFJ is to launch a solidarity mission to Ukraine with a coalition of international press freedom organisations. The three-day mission will begin on 19 February with the aims to assess the current situation facing journalists and to propose concrete actions to support our colleagues. We will also push for actions at the European level by delivering the mission findings and recommendations to European institutions, the Council of Europe and the Organisation for Security and Co-operation (OSCE).

The mission will help prepare all stakeholders to develop more effective approaches to respond to the crisis facing journalists and their unions in Ukraine. During the last decade, a lot of cooperation has been developed: from the Scoop Initiative on investigative journalism, cross-border solidarity actions, to the admission of the two Ukrainian unions (NUJU & IMTUU) as the EFJ members in the European family.

As we have seen our colleagues from Kiev being proactive in other countries as in Belarus where press freedom and the safety of journalists are also under attack, we shall remain vigilant and fight back when our fundamental rights are under attack.