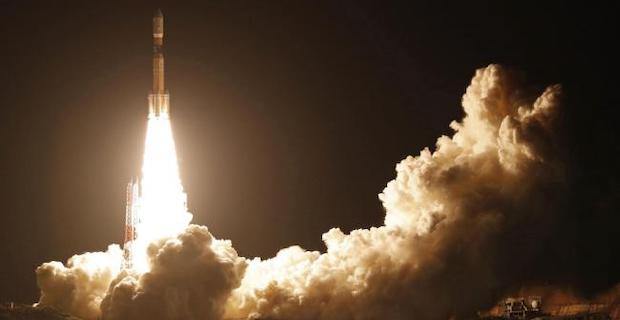 On Sept. 11, fire had erupted at the foot of the launch pad near an exhaust vent hours before launch, which was then aborted.

The vessel Kounotori8 or "white stork" will deliver about 5.3 tons of supplies to astronauts at the ISS including food and water as well as batteries and devices needed for experiments.

The flames were caused by a high levels of engine coolant liquid oxygen, was determined as the cause of the fire that broke out about three hours before the launch, Kyodo said.

The report added that the launch was rescheduled for Tuesday, but was again in order to avoid the rocket from getting close to Russia's Soyuz spacecraft to be launched the same day.

Keywords:
JapanSupplies-laden RocketSpace
Your comment has been forwarded to the administrator for approval.×
Warning! Will constitute a criminal offense, illegal, threatening, offensive, insulting and swearing, derogatory, defamatory, vulgar, pornographic, indecent, personality rights, damaging or similar nature in the nature of all kinds of financial content, legal, criminal and administrative responsibility for the content of the sender member / members are belong.
Related News