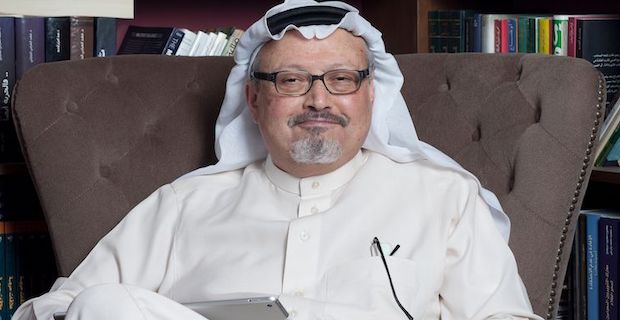 He said the gathering Monday was organized to recognize Khashoggi’s achievements as a journalist and internationalist.

“In the latter years of his life he was based in Washington at the Washington Post,” Abdullah said, adding that this gave him a platform to cast his message far and wide.

Abdullah said Khashoggi spread his message of “equality for justice and freedom.”

Underlining how Saudi authority admitted that Khashoggi was killed in their Istanbul Consulate after weeks of denial, he urged them to hand over the journalist’s body.

“We have just one message [for the Saudis]: We plead in the name of the God, for God’s sake, hand over the body!”

“He is entitled to have a dignified burial,” he added.

However, he added, the case will not be closed until those responsible for the murder are held accountable.

Galip Dalay, research director of the Al Sharq Forum, thinks Khashoggi was no victim of an ordinary crime.

Dalay said the last two events the Saudi journalist attended were organized late last month by the Al Sharq Forum in Istanbul and Middle East Monitor in London -- the latter just four days before his death -- and this is why the two organizations are hosting the memorial event.

“Jamal was not killed in a petty criminal activity,” he said.

Khashoggi was killed in a “premeditated” action ordered by top-level authorities in Saudi Arabia, Dalay said.

Dalay said merely prosecuting those who killed Khashoggi will not satisfy justice.

He said: “Who gave the order? What was the network? Who was involved in this case from the political level?

“They should also be brought to justice,” he said, adding that this should pave the way to a “universal jurisdiction” regarding the killing.

The meeting saw an emotional speech from Khashoggi’s fiancée Hatice Cengiz, who got an ovation lasting minutes.

Khashoggi, a Saudi journalist and columnist for The Washington Post, went missing after entering the Saudi Consulate in Istanbul on Oct. 2.

After weeks of denying any knowledge of his whereabouts, on Oct. 19 Saudi officials admitted that Khashoggi had died inside the consulate building.

Turkish police have been investigating the case, and Turkish President Recep Tayyip Erdogan has said 18 people arrested in Saudi Arabia over the killing should be sent to Turkey to face trial.

Keywords:
Jamal KhashoggiJamal Khashoggi Deserves A Dignified Burial
Your comment has been forwarded to the administrator for approval.×
Warning! Will constitute a criminal offense, illegal, threatening, offensive, insulting and swearing, derogatory, defamatory, vulgar, pornographic, indecent, personality rights, damaging or similar nature in the nature of all kinds of financial content, legal, criminal and administrative responsibility for the content of the sender member / members are belong.
Related News