Some 32 electoral lists competing for 120 seats in Israeli parliament, or Knesset 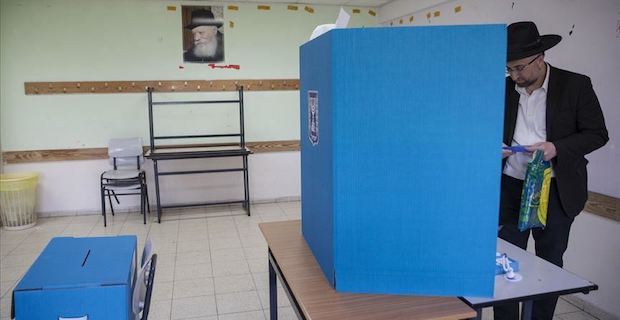 Israel is holding its second general elections this year, due to premier Benjamin Netanyahu's failure to form a government after the previous poll conducted in April. Observers expect there may be a third round of elections if the crisis of forming government continues.

The Israeli Central Elections Committee said in a statement on Tuesday that more than 6.3 million people were eligible to vote at 10,915 polling stations across Israel which are set to close at 10:00 p.m. (1900GMT) on Tuesday.

Thirty two electoral lists are competing for 120 seats in the Israeli parliament, or Knesset. Observers and opinion polling centers expect only 10 of those lists to win the parliamentary race.

On Tuesday morning, Israeli President Reuven Rivlin said he would do everything within his power to prevent a third round of elections.

"I will do everything I can to prevent further elections and to establish a government quickly," the president vowed in a Facebook video.

Earlier this year, Netanyahu's Likud party failed to secure the required majority to form a government following the April ballot.

Keywords:
Benjamin NetanyahuIsraelIsraeli Central Elections Committee
Your comment has been forwarded to the administrator for approval.×
Warning! Will constitute a criminal offense, illegal, threatening, offensive, insulting and swearing, derogatory, defamatory, vulgar, pornographic, indecent, personality rights, damaging or similar nature in the nature of all kinds of financial content, legal, criminal and administrative responsibility for the content of the sender member / members are belong.
Related News