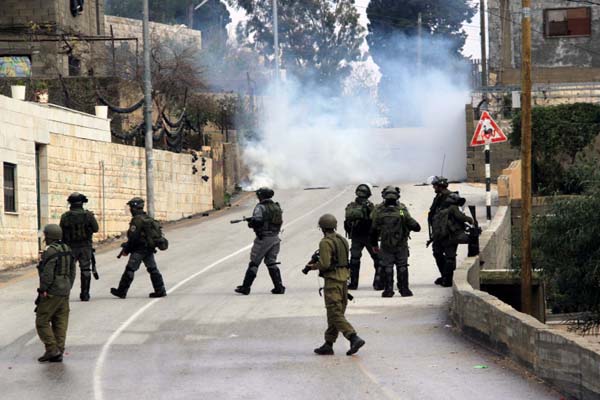 At least 78 Palestinian students suffered gas inhalation after Israeli police forces fired teargas into the campus of Al-Quds University in Abu Dis on Sunday, eyewitnesses and the university's website said. "Since the early hours of the day, Israeli army troops have been provoking the students coming to the university, leading to skirmishes and clashes between the students and the troops," Ziyad Awad, head of the students' affairs department in the university, told Anadolu Agency.

Eyewitnesses told AA that the violence spilled over to the areas surrounding the university, with ambulances facing difficulties to reach the scene.

"The situation in the university is very tense, and there is a state among female students because of the intensified firing," Yehia Hassan, a leader of a university student group affiliated with Hamas, told AA.

Several protests were held on campus against the storming of Al-Aqsa Mosque complex by Israeli troops last Friday.

Eyewitnesses had said that Israeli forces stormed the holy site's compound from the Silsila (Chain) and Al-Maghariba gates on the western side of the mosque and besieged worshippers inside the Qebli mosque, prompting young Palestinians and worshippers to hurl stones at the forces.

A number of worshippers had also been arrested by Israeli forces.

"The targeting of [the university's] students today comes as a premeditated provocation to undermine the university's preparations to receive students for the new academic year," Abu Kishk told