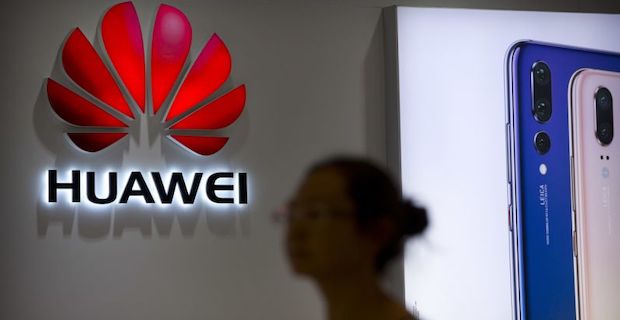 Canadian authorities confirmed Wednesday that they have arrested the chief financial officer of China's Huawei Technologies at Washington’s request over alleged violations of Iran sanctions.

Meng Wanzhou was arrested in Vancouver, British Columbia, according to Canada's Justice Department. In addition to serving on Huawei's board, Meng is also the daughter of company founder Ren Zhengfei.

Multiple news outlets cited Justice Department spokesman Ian McLeod, who said Meng was taken into custody on Dec. 1 and is being sought for extradition by Washington.

A bail hearing is tentatively scheduled for Friday.

The Wall Street Journal reported in April that the Donald Trump administration initiated a criminal probe into whether Huawei violated U.S. sanctions on Iran.

Huawei said in a statement that Meng was detained while transferring between flights in Canada and added that the U.S. is seeking to try her on unspecified charges in the Eastern District of New York.

"The company has been provided very little information regarding the charges, and it is not aware of any wrongdoing by Ms. Meng," it said. "The company believes the Canadian and U.S. legal systems will ultimately reach a just conclusion."

Huawei added that it complies with all laws where it operates, including the U.S.'s sanctions laws.

The Chinese embassy in Ottawa strongly protested Meng's arrest, saying in a statement that it "firmly opposes and strongly protests over such kind of actions which seriously harmed the human rights of the victim".

"The Chinese side has lodged stern representations with the U.S. and Canadian side and urged them to immediately correct the wrongdoing and restore the personal freedom of Ms. Meng Wanzhou," the embassy said.

"We will closely follow the development of the issue and take all measures to resolutely protect the legitimate rights and interests of Chinese citizens."

Keywords:
CFOHuawei Technologies
Your comment has been forwarded to the administrator for approval.×
Warning! Will constitute a criminal offense, illegal, threatening, offensive, insulting and swearing, derogatory, defamatory, vulgar, pornographic, indecent, personality rights, damaging or similar nature in the nature of all kinds of financial content, legal, criminal and administrative responsibility for the content of the sender member / members are belong.
Related News