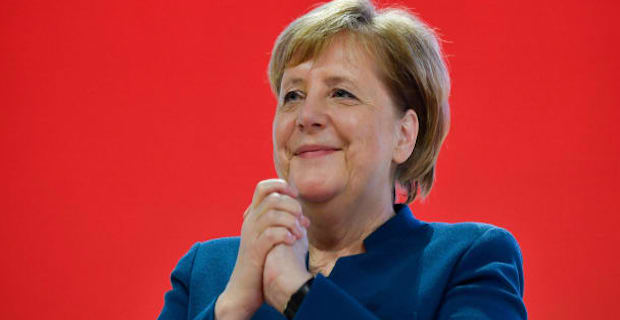 In her speech ahead of the vote, Kramp-Karrenbauer called on the CDU to be more courageous and self-confident to address the challenges of 21st century, to strengthen the European Union and defend the “rules-based international order.”

Merz, for his part, criticized Merkel’s open door policy for refugees, and called for a “new start” for the CDU, with a new strategy on various political issues.

He pledged to win back voters the CDU has lost to the far-right Alternative for Germany, or the AfD.

Merkel, who led the Christian Democrats for 18 years, announced in October that she will not run for the chair again amid heavy losses of her party in regional elections.

But Merkel underlined that she wanted to remain chancellor until her term ends in 2021.

Keywords:
Ruling PartyChristian DemocratsChancellor Angela Merkel
Your comment has been forwarded to the administrator for approval.×
Warning! Will constitute a criminal offense, illegal, threatening, offensive, insulting and swearing, derogatory, defamatory, vulgar, pornographic, indecent, personality rights, damaging or similar nature in the nature of all kinds of financial content, legal, criminal and administrative responsibility for the content of the sender member / members are belong.
Related News