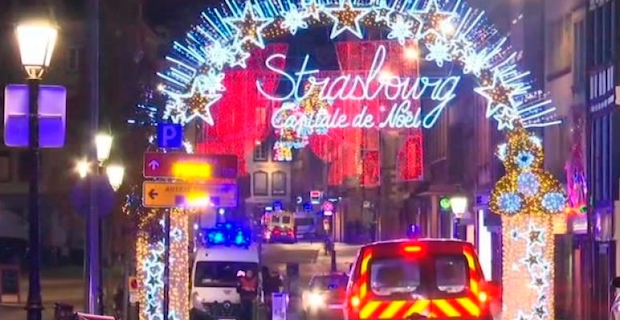 At least four people were killed and 11 others injured Tuesday when a gunman opened fire in the French city of Strasbourg, according to local authorities.

The prefect of France’s Bas-Rhin region announced that the attacker had been identified but had escaped on foot after being cornered by police, during which there had been an exchange of gunfire. A search for the assailant is now underway.

The incident was being evaluated as a terror attack, the prefect added.

The gunman was injured during the clash with security forces before escaping, according to French media reports.

"Shooting in the center of Strasbourg. Thank you all for staying home and waiting for a clarification of the situation," Strasbourg's deputy mayor, Alain Fontanel, wrote on Twitter.

Keywords:
Shooting Near Christmas MarketStrasbourg Shooting
Your comment has been forwarded to the administrator for approval.×
Warning! Will constitute a criminal offense, illegal, threatening, offensive, insulting and swearing, derogatory, defamatory, vulgar, pornographic, indecent, personality rights, damaging or similar nature in the nature of all kinds of financial content, legal, criminal and administrative responsibility for the content of the sender member / members are belong.
Related News