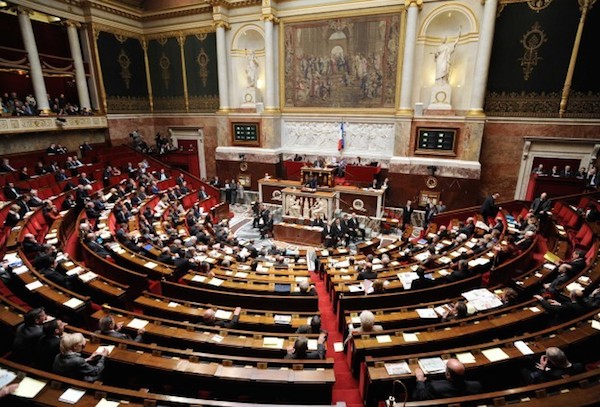 French Prime Minister Manuel Valls's new cabinet has been unveiled following the collapse of the government after four months. Elysee Palace General Secretary Pierre-Rene Lemas announced the new ministers on Tuesday. Among the incoming members is Emmanuel Macron, known as President Francois Hollande’s “right brain,” to the Economy Ministry. Hollande had to request the formation of a new cabinet – his third in just over two years – after the government fell apart on Monday. The new government is said to have been formed in line with his “direction” and is seen by analysts as Hollande's last chance to save his five-year term as president. Macron, 36, replaces Arnaud Montebourg, whose outspoken criticism of Hollande and Valls led to the government resigning. Macron was previously Hollande's economic advisor. Najat Vallaud-Belkacem has been made education minister, the first woman to take the post. She replaces Benoit Hamon, a strong Montebourg supporter.
Culture Minister Aurelie Filippetti, who openly supported Montebourg's call for a change in economic policy, is replaced by Fleur Pellerin.
However, Justice Minister Christiane Taubira, who also backed Montebourg, has remained in place.
Foreign Minister Laurent Fabius, Interior Minister Bernard Cazeneuve and Ecology Minister Segolene Royal also keep their jobs.
Agriculture Minister Stephane Le Foll retains his ministerial position as well as his role as government spokesman.
On Monday, Montebourg, who hailed his "freedom" as he left office, continued to attack Hollande’s policies of austerity and cutbacks.
He had criticized Germany's austerity measures and demanded that France stop being "pushed around" by its eastern neighbor and the economic powerhouse of the European Union.
If the new cabinet fails to get the support of lawmakers, Hollande and France face a political crisis that could lead to the dissolution of parliament and a snap election. The new government, dubbed Valls II, will hold its first ministerial meeting on Wednesday morning.