EU to stay committed to future of Western Balkans

Hahn's remarks came after meeting with Albanian Prime Minister Edi Rama as part of his official visit to Tirana, the capital of Albania. 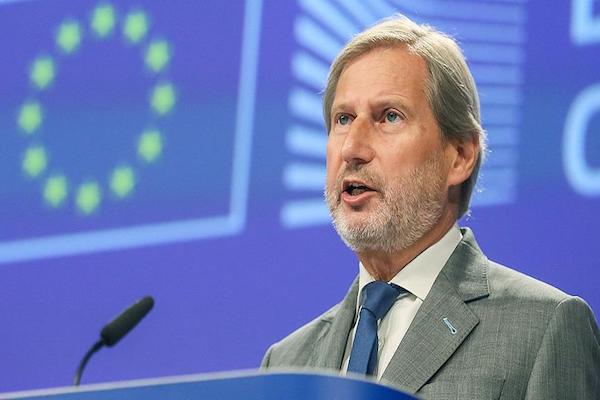 Hahn's remarks came after meeting with Albanian Prime Minister Edi Rama as part of his official visit to Tirana, the capital of Albania.

"For the first time after 15 years, the Bulgarian president will hold the Western Balkans Summit in May 2018.

“This is indicative of the EU's future memberships and Western Balkan countries' commitment to the European future. We can work not only for concrete results, but also for the creation of negotiations, which is our purpose and the goal," Hahn said.

Speaking about Albania, Hahn said Albania was making progress in the fight against drug trafficking and smuggling, and also reducing the number of asylum seekers from the EU.

Rama also noted that they had discussed a special task force for combatting organized crime.

He said Albania deserves to begin its EU membership negotiations.

"We will continue to consolidate our attitude towards this desire of all Albanians, no matter how the process works," he said.