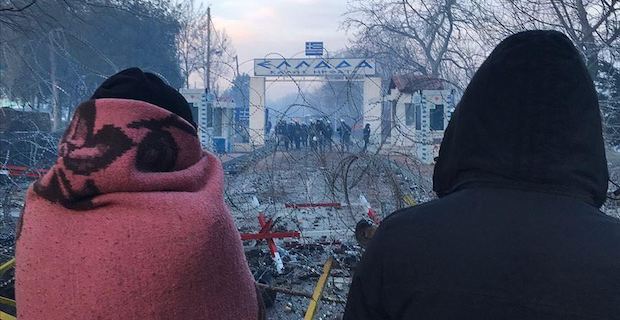 The European Union continues to flout a refugee deal it signed with Turkey nearly four years ago. The agreement on March 16, 2016, pledged visa-free travel to Turkish citizens along with financial support, resettlement, and revising of the Customs Union. The EU stated “the fulfillment of the visa liberalization roadmap will be accelerated with a view to lifting the visa requirements for Turkish citizens at the latest by the end of June 2016. Turkey will take all the necessary steps to fulfill the remaining requirements.”

The EU listed 72 criteria as a requirement for Turkey to fulfill and so far, only six criteria remain to be met – one of which is considered highly controversial by the Turkish side.

According to the EU, Turkey must revise its “legislation and practices on terrorism in line with European standards" in order for visa liberalization for Turkish citizens to be approved.

However, Turkey expects EU to be more lenient regarding this criterion especially after the defeated coup attempt of July 15, 2016.

Aside from the visa liberalization, the EU also promised €6 billion in financial assistance to the Turkish government to finance projects for Syrian refugees and Turkey agreed to help stop irregular migrants from heading to Europe.

All of the funds were to be transferred by 2018-end, but Turkey has so far not received even half of that amount.

Turkey already hosts close to 4 million migrants from Syria alone, more than any other country in the world, and has spent over $40 billion (€36 billion) for the refugees.

The EU-Turkey deal also pledged "the accession process will be re-energized, with Chapter 33 opened during the Dutch Presidency of the Council of the European Union and preparatory work on the opening of other chapters to continue at an accelerated pace."

Turkey’s accession process to the EU is close to stalemate as no new chapters were opened since June 30, 2016. EU also used the conflict in Turkey’s energy exploration in the Eastern Mediterranean as an excuse to halt high-level talks.

Under the same deal, the EU also pledged “upgrading of the Customs Union”, however Brussels continues to be reluctant toward meeting this pledge as well.

It is no secret that the agreement prevented the loss of many lives but also significantly reduced the number of crossings in the Aegean Sea. Since the signing of the deal, the migration flow to Europe has decreased by 97%.

Keywords:
EUTurkeyRefugee
Your comment has been forwarded to the administrator for approval.×
Warning! Will constitute a criminal offense, illegal, threatening, offensive, insulting and swearing, derogatory, defamatory, vulgar, pornographic, indecent, personality rights, damaging or similar nature in the nature of all kinds of financial content, legal, criminal and administrative responsibility for the content of the sender member / members are belong.
Related News