The EU delegation head to Turkey, Christian Berger and ambassadors of the EU countries visited the world’s oldest temple on Tuesday. 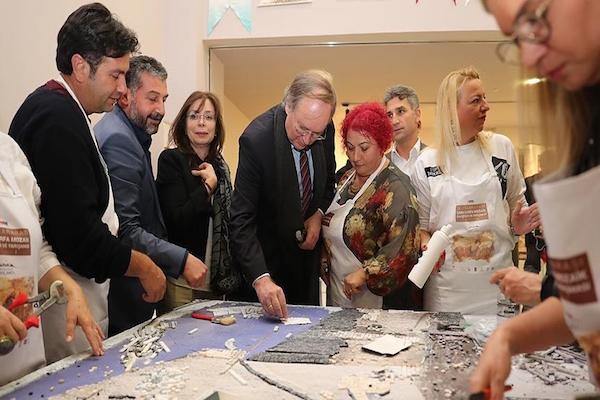 AvrupaLondon - The EU delegation head to Turkey, Christian Berger and ambassadors of the EU countries visited the world’s oldest temple on Tuesday.

Berger said Gobeklitepe is one of the most important sites in the region.

“This is a site that concerns the entire humanity and civilization. I think the way Turkey is preserving this very important archaeological site has set an example,” he said.

In an earlier interview, Berger had also expressed his support for Sanliurfa’s nomination to UNESCO’s Creative Cities Network.