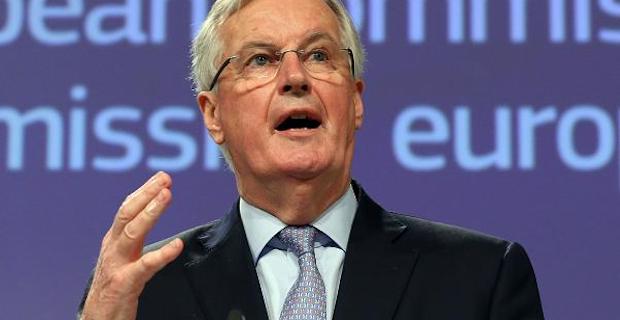 The EU’s chief Brexit negotiator on Friday voiced disappointment over the lack of progress in talks with the UK. Speaking at a news conference, Michel Barnier said the EU and UK negotiation teams specialized in different policy areas had more than 40 videoconferences this week. “Our objective for tangible progress has been very partially met this week,” Barnier said, blaming the UK for “not committing seriously to a number of points,” which were mutually agreed by the two sides in a joint political declaration attached to the withdrawal agreement. The political phase of Brexit ended on Jan. 31, with the UK leaving the bloc after 47 years of membership. As for the economy, the relationship continues to function as if the UK was still an EU member till the end of this year.

The UK and EU need to agree on the terms of future economic cooperation till Dec. 31, or they can decide to ask for an extension of the transition period. The deadline for this request is June 30. The British government has previously reiterated several times that they weren’t willing to ask for an extension. But Barnier reminded them now to think over this decision carefully because it risks to reach the end of the transition period without an agreement. He named the areas where “the progress was disappointing” as trade, fisheries, and legal cooperation. The EU would be open for an “ambitious” free trade agreement allowing zero tariffs and quotas.

But in return, the bloc insists on avoiding “unfair trade distortions and unjustified competition advantage.” Which means that the EU asks the UK to uphold high standards on social affairs, environmental protection and state aid regulation, from which the British want to diverge after Brexit. EU is also not willing “to agree on any future partnership without balanced, long-term sustainable solution on fisheries,” Barnier said. The EU’s terms involve reciprocal access to market and waters and caps the fishing with quotas. The bloc also requires the UK to recognize the mandate of the European Court of Justice in all areas of cooperation, as well as to recognize the binding power of the European Convention of Human Rights, especially in the areas of law enforcement and security. “The reality is that a market of 66-million consumers is negotiating with a market of 450-million consumers,” Barnier reminded.