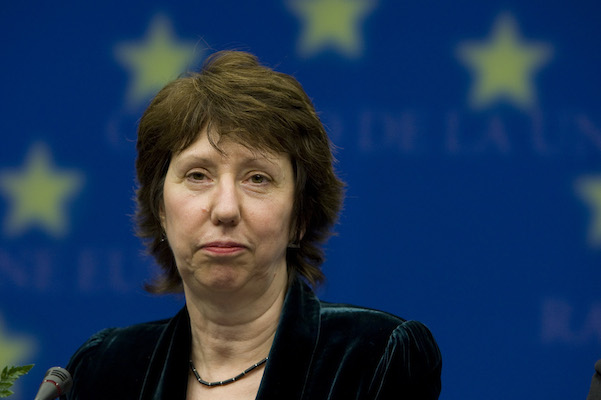 European Union's foreign policy chief, Catherine Ashton, on Saturday urged Russia to halt its "hostilities" in Ukraine, threatening to impose new sanctions on Moscow.
"We continue to urge Russia to stop all hostilities, to stop the flow of arms, equipment and personnel into the conflict region, and to withdraw its forces from Ukraine," Ashton said after a two-day meeting of EU foreign ministers in Milan, Italy. She said the ministers voiced "deep concerns about the recent aggression against Ukraine by regular Russian military forces."
Moscow is accused of deploying troops and backing separatists with military supplies by western powers, a claim which is persistently denied by Russian authorities. The fierce conflict has killed at least 2,220 people and injured 5,956 since clashes began in April, according to the U.N. figures.