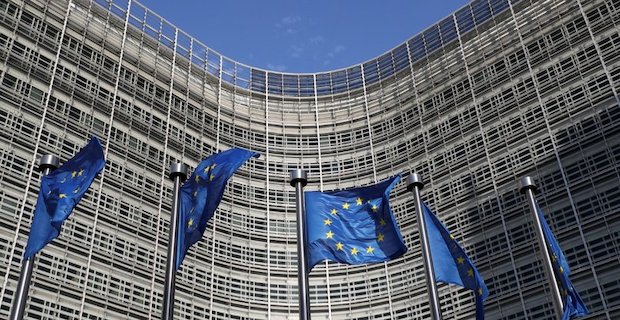 The European Union said Thursday that a renewed military offensive by the Syrian regime and its backers in Idlib province was “unacceptable” and called on “all actors to cease hostilities immediately.” In a statement, the European Council, which defines the EU's overall political direction and priorities, urged all parties to the conflict to fully respect their obligations under international law “to allow unimpeded and direct humanitarian access to all those in need.” The bloc reiterated “its calls on all parties to put in place a sustainable ceasefire, guarantee the protection of civilians and fully implement their commitments under the Sochi Memorandum of 17 September 2018.”

“The EU supports a credible political solution in line with UN Security Council Resolution 2254 and the Geneva Communique,” it said in the statement.

The EU also reiterated its call for the situation in Syria to be referred to the International Criminal Court.

In September 2018, Turkey and Russia agreed to turn Idlib province into a de-escalation zone in which acts of aggression are expressly prohibited.

Since then, however, more than 1,800 civilians have been killed in attacks by the regime and Russian forces, flouting the 2018 ceasefire and a new one that started on Jan. 12.

The Syrian regime's advances have sent hundreds of thousands of civilians fleeing toward the border with Turkey, which already hosts more than 3.7 million refugees.

Keywords:
EUIdlib
Your comment has been forwarded to the administrator for approval.×
Warning! Will constitute a criminal offense, illegal, threatening, offensive, insulting and swearing, derogatory, defamatory, vulgar, pornographic, indecent, personality rights, damaging or similar nature in the nature of all kinds of financial content, legal, criminal and administrative responsibility for the content of the sender member / members are belong.
Related News