DOLLAR 16,39
EURO 17,53
GOLD 971,07
BIST 2.418,10
The seasonal fruit picking industry is struggling because of Brexit and...
London Craft Week, A Taste of Türkiye at Yunus Emre Institute London
Make a splash this summer with free swimming lessons
Dr Anna Colton's tips for parents and guardians during the exam season!...
An English Oak sapling tree has been planted in Enfield to commemorate...
Rishi Sunak is to warn that the next few months will be tough
Bank station’s new, spacious southbound Northern line platform officially...
Customers will also spot Royal station announcements and digital signs...
UK had recovered from the pandemic or in deep recession ?
Adidas sports bra adverts that featured photographs of bare breasts banned...

Government advice has emerged urging people not to travel into and out of areas hit by the coronavirus variant first found in India, unless necessary. 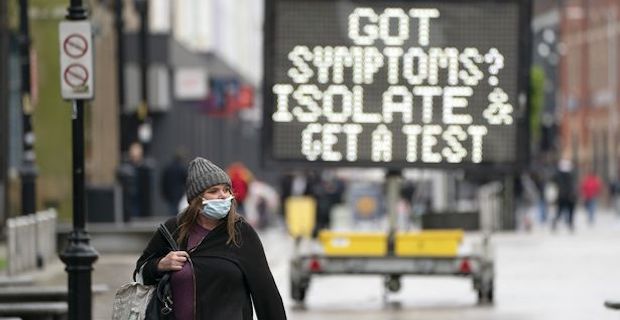 The guidance for Kirklees, Bedford, Burnley, Leicester, Hounslow and North Tyneside says people in these areas should try to avoid meeting indoors.  The advice was published online on Friday without an announcement and urges "an extra cautious approach".

A Downing Street source denied it was a local lockdown by stealth.

The prime minister's official spokesman said the government wanted to encourage the public "to exercise their good judgement", rather than issuing "top-down edicts".

Advice against travelling to Bolton in Greater Manchester and nearby Blackburn with Darwen, other than for essential reasons, and for people there to meet outside where possible, was issued on 14 May.

Bolton recorded 451 overall cases per 100,000 people in the week to 20 May, the highest in England, as the Royal Bolton Hospital said it would take "urgent action" to manage an increase in Covid patients.

Some of the affected local authorities - which represent more than two million residents combined - said they were not consulted about the new advice.

North Tyneside Council said officials did not know about it until Monday, while leaders in Lancashire said they would discuss the new guidance with the government later.

Blackburn with Darwen's director of public health Dominic Harrison said the affected areas "were not consulted with, warned of, notified about, or alerted to this guidance".

But the Downing Street source told the BBC all the areas were informed about the latest advice.

The guidance, published on a page titled "what you can and cannot do", advises people in the eight areas of England to:

Mr Ashworth, Labour MP for Leicester South, asked what families with trips planned and couples with weddings arranged should do this coming bank holiday weekend.

Mr Zahawi urged leaders to work together and said the government was asking people in the eight areas "to be cautious, to be careful".

Keywords:
Indian VariantIndian Variant Areas
Your comment has been forwarded to the administrator for approval.×
Warning! Will constitute a criminal offense, illegal, threatening, offensive, insulting and swearing, derogatory, defamatory, vulgar, pornographic, indecent, personality rights, damaging or similar nature in the nature of all kinds of financial content, legal, criminal and administrative responsibility for the content of the sender member / members are belong.
Related News