Donald Trump, second US-DPRK meeting to be held in Vietnam

City yet to be announced for Feb. 27-28 bilateral summit 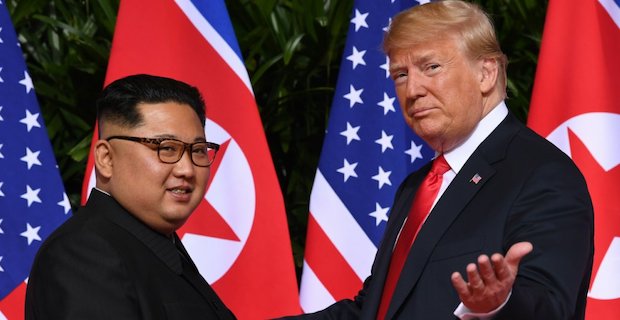 The second summit between U.S. President Donald Trump and his North Korean counterpart will be held in Vietnam late this month, Trump announced Tuesday.

Trump did not specify which city the meeting will be held in but said it will take place Feb. 27-28.

"Much work remains to be done, but my relationship with Kim Jong Un is a good one," Trump said, referring to the North Korean leader.

Talks have largely stalled after a historic sit-down between Trump and Kim last June in Singapore. Critics have said the agreement that meeting produced is overly vague and has failed to produce meaningful progress in ridding North Korea of its nuclear arsenal.

Trump has insisted that the chances of the North surrendering its nuclear program remain "decent," just days after his top intelligence officials asserted the country is unlikely to give up its nuclear program and said they continue to observe "some activity that is inconsistent with full denuclearization" following the Singapore summit.

Keywords:
Donald TrumpNorth KoreaVietnamKim Jong Un
Your comment has been forwarded to the administrator for approval.×
Warning! Will constitute a criminal offense, illegal, threatening, offensive, insulting and swearing, derogatory, defamatory, vulgar, pornographic, indecent, personality rights, damaging or similar nature in the nature of all kinds of financial content, legal, criminal and administrative responsibility for the content of the sender member / members are belong.
Related News