Almost 200 people are still missing after volcanic eruption in Guatemala 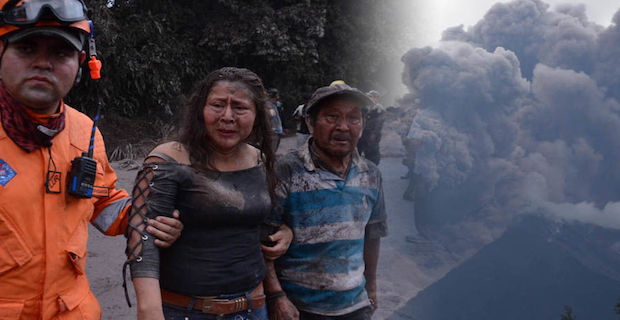 The death toll from Sunday’s violent volcanic eruption in Guatemala rose to 99, the country’s forensic agency said on Wednesday. Guatemala's National Institute of Forensic Sciences said bodies of 99 people have been found so far and that 192 people were still missing following the eruption of Guatemala’s Fuego volcano.

The previous figure was 75 late Tuesday.

The institute also said new explosions were hindering rescue efforts and that the possibility of finding survivors was very low.

Many victims are believed to have burned to death or suffocated from the poisonous gases released in the eruption on Sunday.

An estimated 1.7 million people had been affected by the eruption.

Keywords:
Guatemala Volcanic EruptionGuatemalaVolcanic Eruption
Your comment has been forwarded to the administrator for approval.×
Warning! Will constitute a criminal offense, illegal, threatening, offensive, insulting and swearing, derogatory, defamatory, vulgar, pornographic, indecent, personality rights, damaging or similar nature in the nature of all kinds of financial content, legal, criminal and administrative responsibility for the content of the sender member / members are belong.
Related News