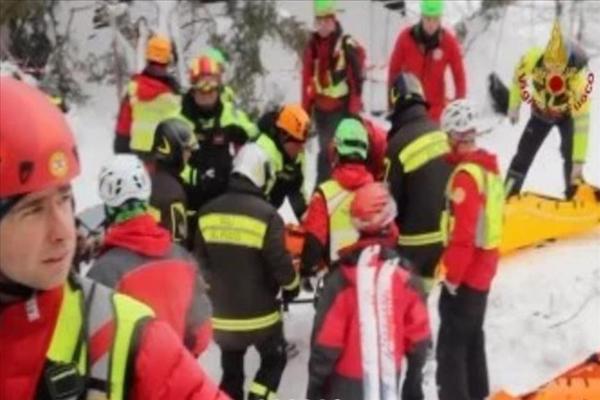 At least six people have been confirmed dead while 23 remain missing after an avalanche hit an Italian hotel this past week. An avalanche hit the Rigopiano hotel in Italy's Gran Sasso mountain in the country’s central Abruzzo region on Thursday.

Fabrizio Curcio, Italy's director general of civil protection, had said there were up to 30 people in the Rigopiano hotel at the time of the avalanche.

The avalanche is thought to have been caused by an earthquake which shook the mountainous region on Wednesday.