COVID deaths of those over 80 in England, Wales down by 79% 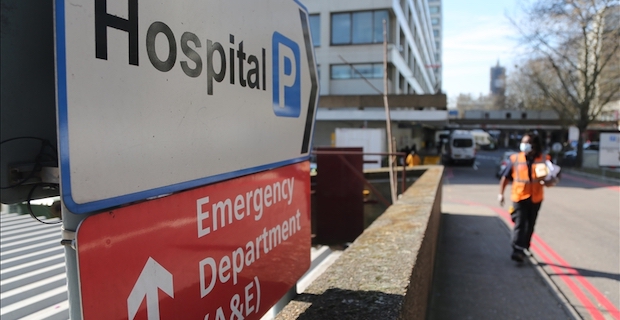 The number of coronavirus deaths in England and Wales among people over the age of 80 has fallen by 79%, the lowest tally recorded in over five weeks.

“This is a fall of more than three-quarters since the week ending Jan. 22, when 5,326 deaths involving the coronavirus took place in this age group,” the ONS said in a statement.

“We estimate that the number of deaths actually occurring (rather than registered) in Week 8 in England and Wales was between 10,472 and 12,947,” it added.

On Tuesday, 5,766 people tested positive for the virus. Between March 3 and March 9, 40,600 had a confirmed positive test result, representing a 24.5% decrease compared to the previous seven days.

The latest R range for the UK has increased slightly and is now at 0.7-0.9, with the current growth rate also increasing to -5% to -3% per day. The R number is a mechanism used to rate the virus’s ability to spread, with R being the number of people that one infected person will pass the virus on to.

Keywords:
WalesCoronavirusEnglandCOVIDCOVID Deaths
Your comment has been forwarded to the administrator for approval.×
Warning! Will constitute a criminal offense, illegal, threatening, offensive, insulting and swearing, derogatory, defamatory, vulgar, pornographic, indecent, personality rights, damaging or similar nature in the nature of all kinds of financial content, legal, criminal and administrative responsibility for the content of the sender member / members are belong.
Related News