British government's top scientific and medical adviser warns, however, that: "There will definitely be another surge" 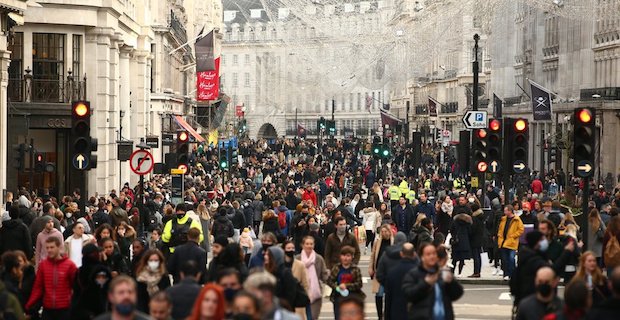 The UK on Thursday marked the anniversary of the start of the country’s first national lockdown by observing a minute’s silence to remember those who died of COVID-19.

Alongside ordinary Brits, MPs and peers in the upper and lower houses of the British parliament stood up in silence to remember those who lost their lives. Workers in the country’s National Health Service also held a minute’s silence.

Brits have been asked to stand on their front doorsteps with their phone lights on or with lit candles or torches in remembrance of those who died at 8:00 p.m. local time (2000GMT).

Iconic British landmarks including the London Eye and Tate Britain, as well as political institutions including the Scottish Parliament in Holyrood and Belfast City Hall in Northern Ireland, will be lit up in yellow as part of the national UK-wide remembrance event.

Queen Elizabeth II sent a message to St Bartholomew’s Hospital in London, where her husband Prince Philip was recently treated. 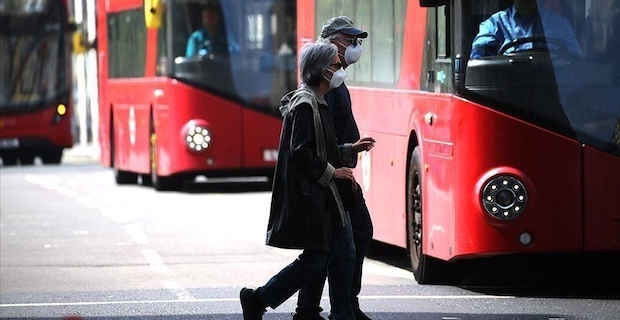 “As we look forward to a brighter future together, today we pause to reflect on the grief and loss that continues to be felt by so many people and families, and pay tribute to the immeasurable service of those who have supported us all over the last year,” the Queen wrote.

In a statement, British Prime Minister Boris Johnson said: “The last 12 months has taken a huge toll on us all, and I offer my sincere condolences to those who have lost loved ones.

“Today, the anniversary of the first lockdown is an opportunity to reflect on the past year - one of the most difficult in our country's history. We should also remember the great spirit shown by our nation over this past year.

“We have all played our part, whether it's working on the front line as a nurse or carer, working on vaccine development and supply, helping to get that jab into arms, home schooling your children, or just by staying at home to prevent the spread of the virus.

“It's because of every person in this country that lives have been saved, our NHS was protected, and we have started on our cautious road to easing restrictions once and for all.”

Labour leader Sir Keir Starmer tweeted: “As we mark one year since our country entered the first lockdown, my thoughts are with all those who have lost loved ones since the pandemic began.”

Scottish First Minister Nicola Sturgeon, of the Scottish National Party, said on Twitter: "One year on. Thinking today of all those who have lost a loved one to COVID, and to everyone who continues to make heartbreaking sacrifices as we continue to navigate our way through this terrible ordeal, together.

“Also, many people have lost loved ones to causes other than COVID over the past 12 months. The restrictions in place have made the grieving process even more difficult than it would have been - my thoughts are with you too.”

There will ‘definitely’ be another surge

As the UK reflected on a year of lockdown, Prof. Chris Whitty, England's chief medical officer and the UK Department of Health and Social Care's chief scientific advisor, said in a speech that there will “definitely” be another surge in infections.

“There will definitely be another surge at some point whether it's before winter or next winter, we don't know. Variants are going to cause problems, there will be stockouts of vaccines and no doubt there will be multiple problems at a national level but also at a local level - school outbreaks, prison outbreaks, all those things that people are dealing with on a day-to-day basis,” Whitty said at the 2021 Public Health Conference on Tuesday. He also spoke of the health impact of lockdowns, saying: “For some people, the lockdown has either made no difference or in some cases - if you actually look at the academic literature and surveys - has even improved life, interestingly.”

“But for many people, physical or mental wellbeing have been very badly affected by this. Ranging from increased levels of domestic abuse, loneliness - particularly in older people who felt very much isolated in their areas - physical health, people maybe exercising less, greater amounts of alcohol consumption.”

He also told the conference that lockdowns will cause other issues for people’s health. For example, less people have gone for screenings than would otherwise be the case, which he said: “may well have a significant effect on cancers being detected later.”

Also, there is the economic fallout of the lockdown policy, with many people “who were close to deprivation who will now have been shoved further into it by the effects of lockdown.”

“These effects could, if we're not very careful, be lifelong and that'll be exacerbated by reductions in face-to-face learning in school and indeed in college, further education and universities, which are one of the most powerful engines for reducing deprivation over generations,” Whitty warned.

“So there's going to be a long rain shadow to COVID.”

Looking back on the pandemic and the UK’s handling of it, Whitty said the “fundamental problem was we simply didn't know what we were dealing with.”

“We only realized quite how fast the way it was developing at the point when people started dying in hospitals, basically,” he continued.

“If we had the kind of testing system we have now, we'd have spotted this wave far further out in time and been able to judge it far more carefully. I think the difference in timing would have been relatively small but it might have been significant.”

Keywords:
COVID-19First National LockdownOne-minute Silence Uk
Your comment has been forwarded to the administrator for approval.×
Warning! Will constitute a criminal offense, illegal, threatening, offensive, insulting and swearing, derogatory, defamatory, vulgar, pornographic, indecent, personality rights, damaging or similar nature in the nature of all kinds of financial content, legal, criminal and administrative responsibility for the content of the sender member / members are belong.
Related News