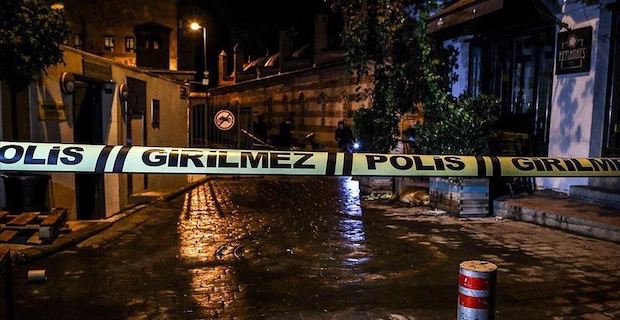 A senior British parliamentarian said he was “deeply concerned” to hear about the death of a former intelligence officer in Istanbul. The remarks by Tom Tugendhat, chairman of the foreign affairs committee of the U.K.’s House of Commons, came a day after former MI6 officer James Gustaf Edward Le Mesurier was found dead in Beyoglu district on Monday.

“His heroic work in defence of human rights in Syria has sadly made him many enemies, and Russian officials have frequently accused him of links to terrorist organisations,” Tugendhat was quoted by the Financial Times as saying.

He added that U.K. officials should be part of any investigation, according to the British daily.

Le Mesurier was also the founder of a Syrian civil defense agency, the White Helmets.

Russia has long accused the White Helmets -- the informal name of the group known as the Syrian Civil Defence -- of being a project by western intelligence services to undermine its ally Bashar al-Assad’s regime in Syria, according to the Financial Times.

“The intelligence services have warned against persistent Russian smears, of Mr le Mesurier over his support for the rescue group,” The Telegraph reported.

Quoting an unnamed Syrian expert, the daily said Le Mesuriere had faced “unimaginable pressure and targeting as a result”.

The body of Le Mesurier was found in Beyoglu district in the early hours of Monday by passersby, who were going to mosque for the morning prayer.

The police and paramedics arrived at the scene soon after they got the call and initially found nothing in his possession to identify the man, who was later found to be Le Mesurier.

While the police suspect the cause of death was falling from height, the investigation is still in progress.

Le Mesurier's wife said in her statement that her husband had recently started to take sleeping pills and psychiatric medications due to stress disorder and the incident took place early in the morning while she was sleeping.

Keywords:
RussiaBritish LawmakerTom Tugendhat
Your comment has been forwarded to the administrator for approval.×
Warning! Will constitute a criminal offense, illegal, threatening, offensive, insulting and swearing, derogatory, defamatory, vulgar, pornographic, indecent, personality rights, damaging or similar nature in the nature of all kinds of financial content, legal, criminal and administrative responsibility for the content of the sender member / members are belong.
Related News