Boris Johnson warns it is '1 minute to midnight' to deal with climate change ! COP26 latest 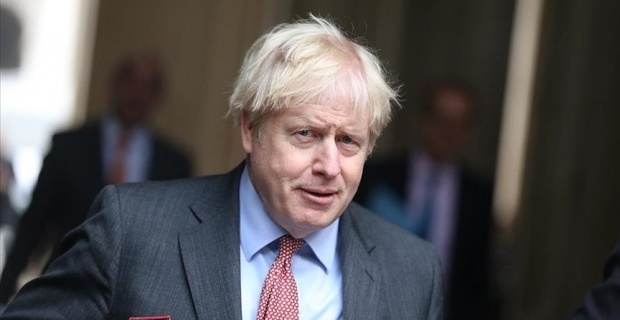 Ahmet Gurhan Kartal/AA-GLASGOW, Scotland-COP26: British premier warns it is '1 minute to midnight' to deal with climate change.Boris Johnson says developed world must recognize special responsibility to the rest of the world.Climate change has pushed the “doomsday clock” to one minute to midnight, the brink of disaster, the British prime minister warned world leaders on Monday.Boris Johnson’s stark warning came during the opening ceremony of the UN Climate Change Conference in Glasgow, Scotland.

“The longer we fail to act, the worse it gets and the higher the price when we are forced to act,” Johnson said.

Speaking about the promises at the previous Copenhagen and Paris conferences on climate change, Johnson said all those promises will be “nothing but blah blah blah,” referring to young climate activist Greta Thunberg’s dismissal a few months ago of world leaders’ pledges so far.

“We in the developed world must recognize the special responsibility we have to the rest of the world,” Johnson said.

He added: “The children who will judge us are not yet born, and their children … we must not fluff our lines or miss our cue because they will not forgive us … they will judge us with a bitterness and resentment that eclipses that of any of the climate activists of today.”

“And they will be right.”

The COP26 meeting will continue through Nov. 12 with numerous panels, meetings, and side events, all seeking remedies to reduce the levels of global warming by keeping it to 1.5C.More than 25,000 delegates from 200 countries are at the Glasgow conference, where the first two days will see sessions attended by leaders.

Keywords:
COP26 LatestBoris JohnsonBritish Premier
Your comment has been forwarded to the administrator for approval.×
Warning! Will constitute a criminal offense, illegal, threatening, offensive, insulting and swearing, derogatory, defamatory, vulgar, pornographic, indecent, personality rights, damaging or similar nature in the nature of all kinds of financial content, legal, criminal and administrative responsibility for the content of the sender member / members are belong.
Related News