Boris Johnson to update UK on 'steps to defeat' coronavirus

Prime Minister Boris Johnson will chair a cabinet meeting later and then lead the daily coronavirus briefing for the first time since his return to work. 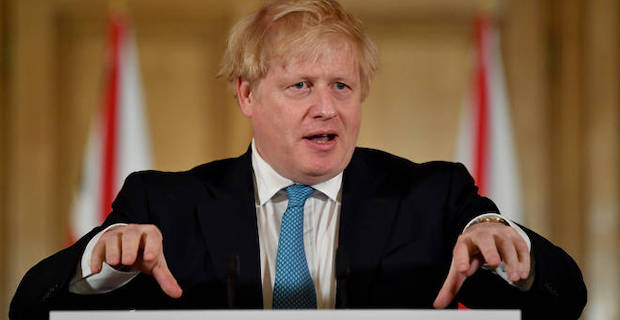 No 10 said the PM, whose fiancee gave birth on Wednesday, will update the UK on the "fight against this disease and the steps we are taking to defeat it". But political editor Laura Kuenssberg said he was unlikely to give "chapter and verse" on lifting the restrictions. No 10 also faces the deadline for its target of 100,000 daily virus tests. Health Secretary Matt Hancock pledged to reach the goal by the end of April. The latest figures show it reached just over 52,000 coronavirus tests on Tuesday.  A scientist advising the government on testing, Prof John Newton, said he is confident the target will be met, but warned there will be a lag in the data.

The government's chief scientific adviser Sir Patrick Vallance and chief medical officer Prof Chris Whitty will appear alongside the prime minister at Thursday's briefing. Mr Johnson, who has just recovered from Covid-19, returned to work in Downing Street this week but missed Prime Minister's Questions on Wednesday following the birth of his son with his fiancee Carrie Symonds.

Keywords:
Boris JohnsonCoronavirus
Your comment has been forwarded to the administrator for approval.×
Warning! Will constitute a criminal offense, illegal, threatening, offensive, insulting and swearing, derogatory, defamatory, vulgar, pornographic, indecent, personality rights, damaging or similar nature in the nature of all kinds of financial content, legal, criminal and administrative responsibility for the content of the sender member / members are belong.
Related News