Boris Johnson under fire from opposition, ruling party as MPs wait for full lockdown parties report to decide his future 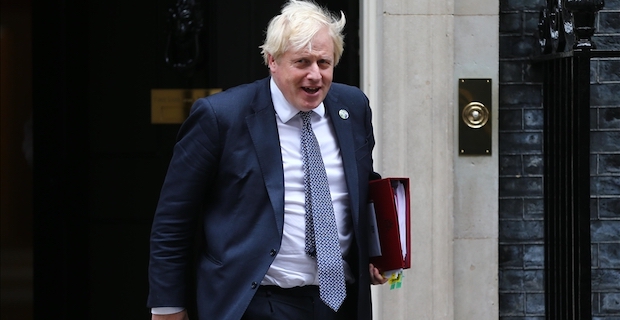 Prime Minister Boris Johnson is only focused on “saving his own skin” and “running a modern government like a medieval court,” opposition and government politicians in the UK said on Tuesday.  After the partial publication of the Sue Gray report into parties held at Downing Street during COVID-19 lockdowns, Keir Starmer, leader of the main opposition Labour Party, slammed Johnson for neglecting major issues being faced by citizens.

“So many people are worried about issues such as their energy bills, which are going through the roof, and the prime minister is spending all of his time saving his own skin,” Starmer said on the BBC Breakfast show.

“We now know that he had a meeting planned with the chancellor last week to discuss energy bills, but that was cancelled because he was having meetings to save his own job.”

Johnson’s allies have staunchly defended him, drawing on his handling of the pandemic, the deliverance of Brexit and his work on defusing tensions in Eastern Europe with his visit to Ukraine.

Deputy Prime Minister Dominic Raab said Johnson was addressing major challenges brought on by the pandemic, and had taken responsibility for the harm caused by the illegal parties and offered an apology.

Johnson has also provided a plan of action to address further issues faced by the country, he added.

“Frankly we are getting on with the job … the vaccine rollout which has been an unparalleled success, the economic recovery, which precisely because of the hit that we took, has been so impressive,” Raab said in statement to the BBC’s Today program.

“This week, the government and Cabinet will be considering the levelling up agenda, expanding opportunities for the most disadvantaged parts of the UK so that we are firing on all cylinders and, ultimately, those are the things we will be judged by.”

However, Johnson has also faced scorn from former allies within his party.

Andrew Mitchell, a former Cabinet minister, said the prime minister no longer had support from the majority of members and ministers of the Conservative Party.

“I think the problem is that Boris [Johnson] is running a modern government like a medieval court,” Mitchell said in a BBC News interview.

“Many of us thought he would govern in the way he did when he was mayor of London, through being a chairman of a board, running a very good team – that is not what has happened here,” the former minister added.

Tory lawmakers are awaiting the full publication of the Sue Gray report before deciding on whether or not to proceed with a no-confidence vote against Johnson.

The UK government announced on Tuesday that the fines and penalties to be imposed after the report will not be publicized, a decision that is set to anger many within the political establishment and public.

The partially published report gave a damning verdict on the government, and in particular Johnson’s behavior, concluding that a number of laws and rules were broken.

The report, however, has not been published in its entirety and is awaiting the results of a separate investigation launched by the Metropolitan Police.

Keywords:
Boris JohnsonLockdownDowning StreetCovid19
Your comment has been forwarded to the administrator for approval.×
Warning! Will constitute a criminal offense, illegal, threatening, offensive, insulting and swearing, derogatory, defamatory, vulgar, pornographic, indecent, personality rights, damaging or similar nature in the nature of all kinds of financial content, legal, criminal and administrative responsibility for the content of the sender member / members are belong.
Related News