Boris Johnson resigns as Tory leader, says he will continue until new leader is in place 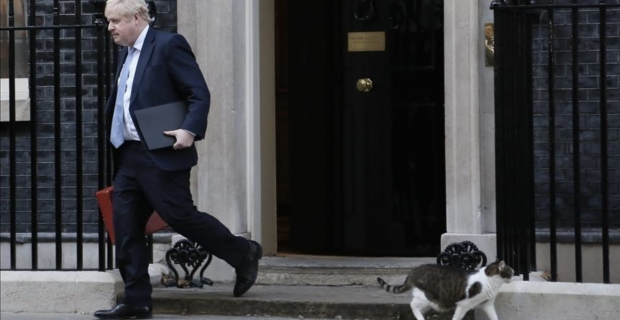 British Prime Minister Boris Johnson resigned as the Conservative leader on Thursday after his government was rocked by a series of resignations last two days. Speaking in front of No. 10, Johnson said the timetable for the leadership contest will be announced next week.

“It is clearly not of the will of the parliamentary Conservative Party, that there should be a new leader of that party and that for a new prime minister, and I've agreed with Sir Graham Brady, the chairman of our backbench MPs that the process of choosing that new leader should begin now and the timetable will be announced next week,” Johnson said.

Announcing that he will remain in the office until the new leader is in place, Johnson said he is appointing new Cabinet members today.

He said that millions of people voted for the party in 2019 and thanked “for that incredible mandate, the biggest conservative majority since 1987.”

“And the reason I have fought so hard in the last few days to continue to deliver that mandate in person was not just because I wanted to do so because I felt it was my job,” he added.

Johnson said he is “immensely proud of the achievements of this government from getting Brexit done to settling our relations with the continent for over half a century and reclaiming the power for this country to make its own laws in Parliament, getting us all through the pandemic, delivering the fastest vaccine rollout in Europe, the fastest exit from lockdown, and in the last few months, leading the West in standing up to Putin's aggression in Ukraine.”

He reiterated the UK’s support for Ukraine, saying that his country “will continue to back your fight for freedom for as long as it takes.”

Johnson said he has tried to “persuade my colleagues that it would be eccentric to change governments when we're delivering so much.”

“I regret not to have been successful in those arguments, and of course, it's painful, and not to be able to see through so many ideas and projects myself.”

He said: “But as we've seen, a Westminster the herd instinct is powerful when the hard moves, it moves. And my friends in politics, no one is remotely indispensable, and are brilliant and Darwinian system will produce another leader, equally committed to taking this country forward through tough times.”

Keywords:
Boris JohnsonBritish Prime Minister
Your comment has been forwarded to the administrator for approval.×
Warning! Will constitute a criminal offense, illegal, threatening, offensive, insulting and swearing, derogatory, defamatory, vulgar, pornographic, indecent, personality rights, damaging or similar nature in the nature of all kinds of financial content, legal, criminal and administrative responsibility for the content of the sender member / members are belong.
Related News