Boris Johnson: Renters to be protected from eviction 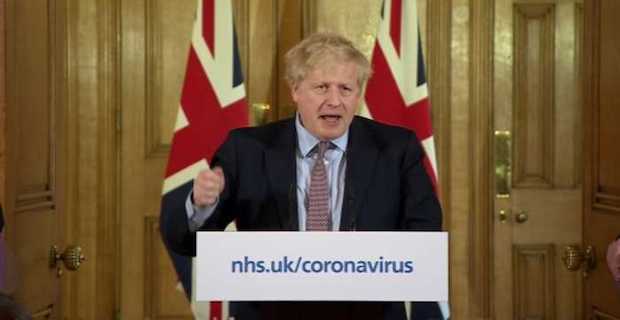 Tenants were "worried sick" they might not be able to pay rents if they fell ill, Labour leader Jeremy Corbyn said at Prime Minister's Questions. As Wales and Scotland said they would close schools by Friday Mr Johnson said a decision on England was imminent. It came after Chancellor Rishi Sunak announced £350bn of help for companies. On Tuesday, the chancellor promised mortgage "holidays", £330bn in loans and £20bn in other aid.

The government had been urged to do more for families, workers and tenants affected by coronavirus.

Mr Corbyn urged the PM to protect private renters in "the interests of public health", adding Britain's 20m private renters were "worried sick" about missing payments if they became ill, lost pay or had to self-isolate.

Mr Johnson said it will bring forward legislation to protect private renters from eviction, but will also avoid "pass[ing] on the problem" by "taking steps to protect other actors in the economy".

Keywords:
Boris JohnsonRenters
Your comment has been forwarded to the administrator for approval.×
Warning! Will constitute a criminal offense, illegal, threatening, offensive, insulting and swearing, derogatory, defamatory, vulgar, pornographic, indecent, personality rights, damaging or similar nature in the nature of all kinds of financial content, legal, criminal and administrative responsibility for the content of the sender member / members are belong.
Related News