Boris Johnson quits to add to pressure on May over Brexit

Boris Johnson has resigned as Foreign Secretary amid a growing political crisis over the UK's Brexit strategy. 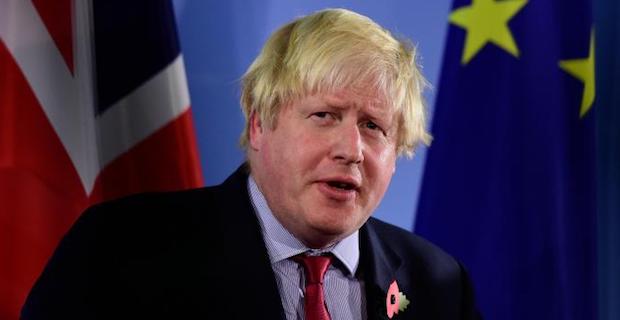 He is the second senior cabinet minister to quit within hours following Brexit Secretary David Davis's exit. His departure came shortly before Theresa May is due to address Parliament about her new Brexit plan, which has angered many Tory MPs. In a statement, No 10 thanked Mr Johnson for his work and said a replacement would be announced shortly. The BBC's political editor Laura Kuenssberg said Mr Johnson's exit had turned an "embarrassing and difficult situation for the PM into potentially a full-blown crisis".She said he was not any ordinary cabinet minister but was the "face" of the Leave campaign during the 2016 referendum and his departure would fuel speculation about a leadership challenge.

Former Tory chairman Grant Shapps, who last year called on Mrs May to consider her position, said it was the wrong time for a leadership contest and he hoped it would not happen.

He told the BBC a contest would take three months and "we physically do not have the time for that" given the UK is due to leave the EU next March and both sides want a Brexit deal by October.

"People are perfectly replaceable and this will have to happen this time," he said.

Mr Johnson, who has been foreign secretary since June 2016, has been due to attend a summit on the future of the Western Balkans in London but did not show up - fuelling rumours about his imminent departure.

Keywords:
Boris JohnsonForeign SecretaryBrexit
Your comment has been forwarded to the administrator for approval.×
Warning! Will constitute a criminal offense, illegal, threatening, offensive, insulting and swearing, derogatory, defamatory, vulgar, pornographic, indecent, personality rights, damaging or similar nature in the nature of all kinds of financial content, legal, criminal and administrative responsibility for the content of the sender member / members are belong.
Related News