PM Boris Johnson says he is "hoping to avoid" another national lockdown in England but admits Covid cases have increased "very much" in recent weeks. 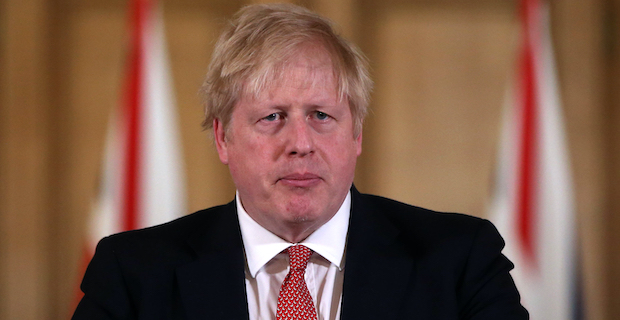 It comes after a tough new six-week lockdown was announced in Northern Ireland from 26 December. Wales will also begin a lockdown on 28 December, while the Scottish government has said "nothing" can be ruled out ahead of a review on Tuesday.

Health bosses have warned that the NHS is already under significant pressure.

The president of the Royal College of Emergency Medicine, Dr Katherine Henderson, said England and Scotland needed to do "whatever it takes" to get a grip of the virus, even if that meant "full lockdown".

Meanwhile, the R number - which represents how many people each infected person passes the virus onto - has risen above 1 in the UK.

The latest figure, calculated by the government's scientific advisers, is estimated to be between 1.1 and 1.2, up from between 0.9 and 1 last week.

Official figures show Covid-19 cases have risen in the last week in England, driven by sharp increases in London, as well as rises in the South East and East Midlands.

Asked whether England would end up following Northern Ireland and Wales into a national lockdown, Mr Johnson said: "Obviously we are hoping very much that we'll be able to avoid anything like that but the reality is that the rates of infection have increased in the last few weeks."

He said the Christmas rules, which are being relaxed across the UK between 23 and 27 December, were "very much a maximum" and "not a target people should aim for".

The prime minister encouraged people to "think about our elderly relatives" to "avoid spreading the disease" over Christmas.

He added that he hoped next year, with the rollout of the vaccine, would "be very different indeed".

Earlier, he tweeted a message warning people planning to form "Christmas bubbles" in the UK to start minimising contact with people from outside their households from today.

Labour leader Sir Keir Starmer said "nobody wants a third lockdown" but that it's not "a question of whether you rule it in or rule it out", it's about "what are you doing now to try to prevent it".

He called for the prime minister to "toughen up over Christmas", saying the Welsh government's decision to limit Christmas bubbles to two households, instead of three, was a "step in the right direction".

Keywords:
Boris JohnsonNHSCOVIDNational Lockdown
Your comment has been forwarded to the administrator for approval.×
Warning! Will constitute a criminal offense, illegal, threatening, offensive, insulting and swearing, derogatory, defamatory, vulgar, pornographic, indecent, personality rights, damaging or similar nature in the nature of all kinds of financial content, legal, criminal and administrative responsibility for the content of the sender member / members are belong.
Related News