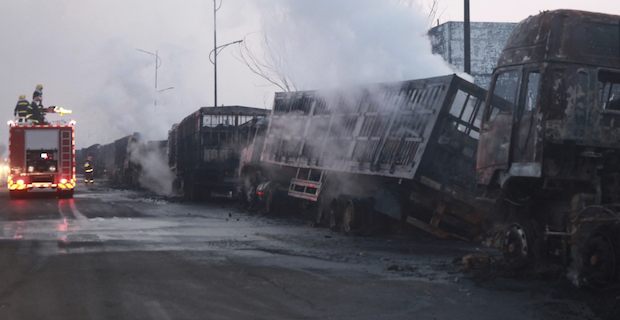 An explosion early Wednesday near a chemical plant in northern China killed at least 22 people and injured 22 others.

The blast occurred in Zhangjiakou, a city in Hebei province near Beijing, the local government in Zhangjiakou said on Chinese social media platform WeChat. 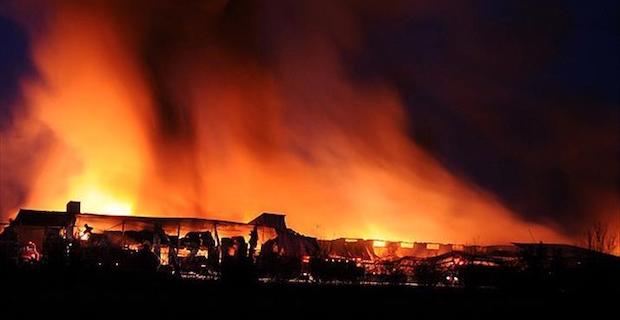 The injured were rushed to hospitals.

A fire that erupted after the explosion was brought under control and roughly 50 vehicles were damaged, including trucks.

An investigation has been launched to determine the cause of the blast.

Keywords:
BlastChemical PlantNorthern ChinaBlast In Northern China
Your comment has been forwarded to the administrator for approval.×
Warning! Will constitute a criminal offense, illegal, threatening, offensive, insulting and swearing, derogatory, defamatory, vulgar, pornographic, indecent, personality rights, damaging or similar nature in the nature of all kinds of financial content, legal, criminal and administrative responsibility for the content of the sender member / members are belong.
Related News