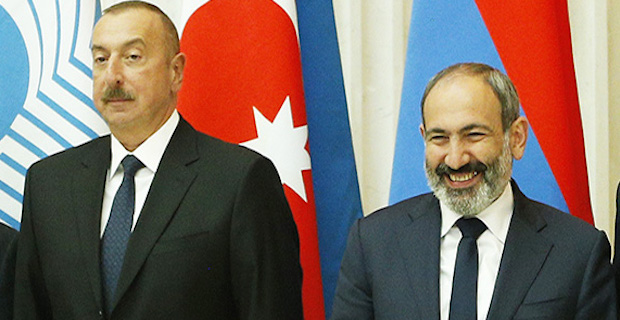 The informal meeting between President Ilham Aliyev and Nikol Pashinyan took place in Davos where the two leaders were attending the 49th World Economic Forum, said the statement.

It added that during their meeting the two leaders discussed the current situation regarding the solution process of Upper Karabakh problem.

Karabakh – a disputed territory between Azerbaijan and Armenia – broke away from Azerbaijan in 1991 with military support from neighboring Armenia, and a peace process has yet to be implemented.

The Parliamentary Assembly of the Council of Europe refers to the region as being occupied by Armenian forces.

Keywords:
AzerbaijanAzerbaijani PresidentArmenian PremierAzerbaijani President AliyevNikol Pashinyan
Your comment has been forwarded to the administrator for approval.×
Warning! Will constitute a criminal offense, illegal, threatening, offensive, insulting and swearing, derogatory, defamatory, vulgar, pornographic, indecent, personality rights, damaging or similar nature in the nature of all kinds of financial content, legal, criminal and administrative responsibility for the content of the sender member / members are belong.
Related News