Kaya said Anadolu Agency planned to open four new offices in Nigeria, South Africa, Senegal and Somalia in the very near future and two in 2017 in the Democratic Republic of the Congo and Kenya 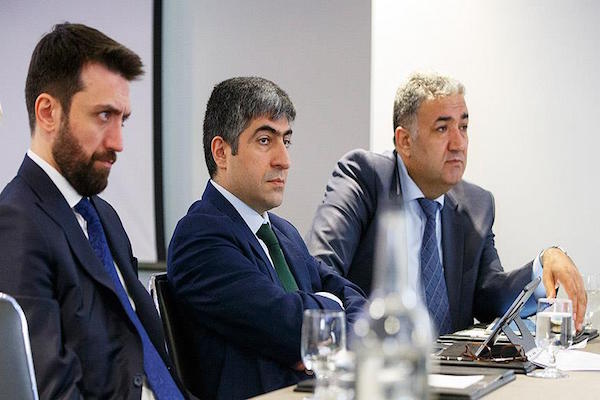 Anadolu Agency's global network will continue to expand in 2016 with more offices in Africa and South America, company's marketing and sales director Nedim Kaya revealed at a London conference. The news came Thursday at the spring conference of the European Alliance of News Agencies (EANA) where Anadolu Agency was represented by deputy director general and editor-in-chief Metin Mutanoglu and marketing and sales director Nedim Kaya.

Kaya said Anadolu Agency planned to open four new offices in Nigeria, South Africa, Senegal and Somalia in the very near future and two in 2017 in the Democratic Republic of the Congo and Kenya. "In 2020 which is AA's 100th Anniversary, AA's news network will cover all of the African continent," Kaya told the conference. "AA plans to broadcast news from Africa objectively and intends to project Africa's positive images," he emphasized. The cutting-edge technological developments were taken by EANA members at the meeting, where the effective use of new technology in reaching out to a wider audience was underlined.

"AA's most prominent priorities are visual news coverage and product development for new media channels. These two objectives are compatible with each other, because newmedia channels - namely websites, mobile portals, third-party applications and social media environment - are shaped with visual news outputs, referring to pictures, videos, infographics and multimedia."

Anadolu Agency's marketing and sales manager also gave information about the agency's digitalization strategy, which he said made Anadolu Images the largest online editorial photo portal of Turkey, the Middle East and the Balkans. "It provides thousands of videos and around three million photos with Turkish and English subtitles," Kaya added. Argentina, Mexico and Venezuela will be given priority in AA's coverage in the Americas, he also said. "AA plans to open an office in Buenos Aires in 2016." The European Alliance of News Agencies is a non-profit organization founded in 1956. Anadolu Agency is a founding member of the alliance.