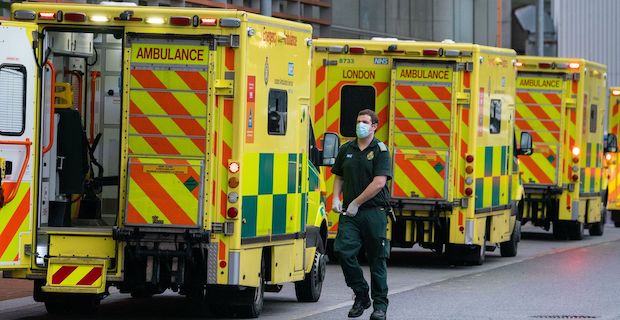 Thousands of British ambulance workers are beginning industrial action on Monday due to the ongoing dispute over pay.

Unite and Unison unions earlier announced that thousands of their members would walkout across England and in Wales, calling on the public to show solidarity with them on picket lines.

On the new strikes, Rachel Harrison, GMB national secretary, said earlier that GMB’s ambulance workers are "angry" and "they are done."

"Our message to the Government is clear - talk pay now," she added in a statement last week.

Meanwhile, many unions, including train drivers to health care staff, announced last week a new wave of strikes for February and March.

The largest strike in NHS history is scheduled for Feb. 6 with both ambulance workers and nurses holding joint action.

Keywords:
AmbulanceStrike
Your comment has been forwarded to the administrator for approval.×
Warning! Will constitute a criminal offense, illegal, threatening, offensive, insulting and swearing, derogatory, defamatory, vulgar, pornographic, indecent, personality rights, damaging or similar nature in the nature of all kinds of financial content, legal, criminal and administrative responsibility for the content of the sender member / members are belong.
Related News