61 killed in forest fire in Portugal 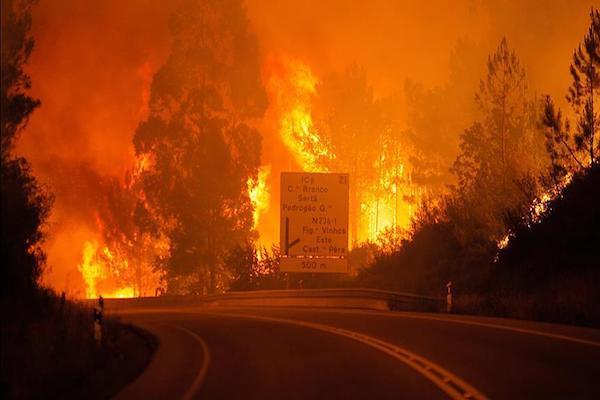 The fire broke out in the Pedrogao Grande area, a municipality about 150 kilometers (93 miles) northeast of the capital Lisbon. Sunday's death toll rose from an earlier total of 57 to 61, according to the agency. Portuguese media reported several people were killed in their cars while attempting to escape the flames. During a visit to the area, Prime Minister Antonio Costa described the fire as "the biggest tragedy” the country had experienced in years and declared three days of mourning. According to Portuguese officials, the death toll is expected to rise. More than 1,500 firefighters are battling the fire which is rapidly spreading to homes in the area, due to high temperatures and strong winds. EU Commissioner for Humanitarian Aid and Crisis Management Christos Stylianides expressed his condolences in a statement. “The EU is fully ready to help. All will be done to assist the authorities and people of Portugal at this time of need,” he said, adding the EU's Civil Protection Mechanism had been activated to provide firefighting aircraft following a request by Portugal. Stylianides also said France and Spain would offer planes to assist local emergency efforts.