'Results show that recording 10°C in natural climate would occur around once every 500 years,' says Met Office scientist 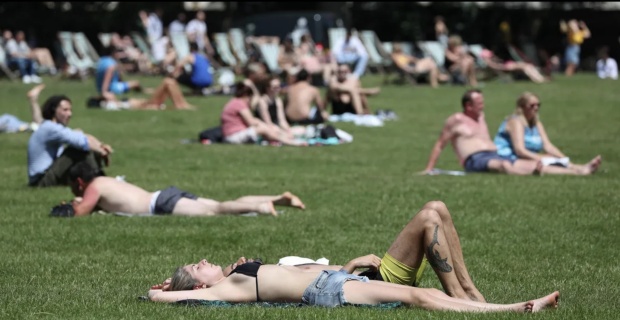 2022 was the UK's warmest year on record as for the time average annual temperature has been over 10 degrees Celsius (50 Fahrenheit), the British meteorology office announced on Thursday.

"The full annual UK mean temperature data for 2022 resulted in a provisional figure of 10.03°C, the highest in records dating back to 1884," the Met Office said in a statement.

On Dec. 28, the department said that 2022 will be the warmest year on record for the UK.

"The results showed that recording 10°C (degrees Celsius) in a natural climate would occur around once every 500 years, whereas in our current climate it could be as frequently as once every three to four years," said Nikos Christidis, a climate attribution scientist at the office.

Keywords:
UKClimate Change
Your comment has been forwarded to the administrator for approval.×
Warning! Will constitute a criminal offense, illegal, threatening, offensive, insulting and swearing, derogatory, defamatory, vulgar, pornographic, indecent, personality rights, damaging or similar nature in the nature of all kinds of financial content, legal, criminal and administrative responsibility for the content of the sender member / members are belong.
Related News