On Monday 6 June, the RMT will take 24 hours of strike action at Tube stations across the network. Customers are advised to avoid travelling tomorrow and before 08:00 on Tuesday 7 June unless necessary 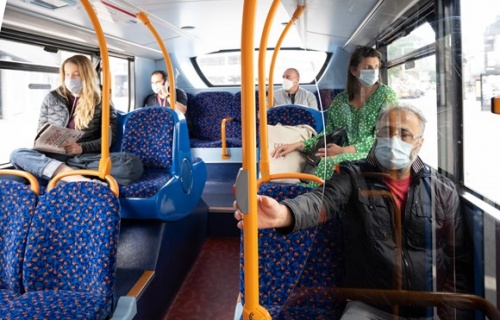 TfL expects severe disruption across the network with a limited number of Tube stations open and reduced hours of operation from 08:00 to 18:00.Strike action has been called despite there being no proposals to change pensions or agreements and no job losses.Transport for London (TfL) is advising customers to avoid travelling on Monday unless necessary, ahead of strike action being taken across London Underground stations by the RMT tomorrow (Monday 6 June). While some train services will run, TfL expects severe disruption across the network from the start of service on Monday 6 June to 08:00 on Tuesday 7 June, with many stations – especially those in central and south London – closed. Those stations that can be opened, may only open for limited periods and the situation is likely to change throughout the day, depending on whether TfL has enough staff to safely keep stations open.    If customers cannot avoid travelling on Monday, they are advised to travel after 08:00 and to complete journeys by 18:00. On Tuesday, some stations may still be closed at the beginning of the day so it is advised to travel after 08:00. Please allow more time for journeys and check before travelling. For the latest information on how services are operating please use TfL’s real-time travel tools, including status updates, Journey Planner and TfL Go. Travel advice for the strike action is available at tfl.gov.uk/tube-strike.London’s high-frequency bus services will continue to run throughout the planned industrial action. The newly opened Elizabeth line will run from 07:00, although some stations may be served earlier, until 23:00. Customers are advised to check before they travel. Other TfL services, including DLR, London Overground and Trams, are not affected by the industrial action and will be running but will be busier than normal.This disruptive action comes as part of a dispute over pensions, jobs and conditions – despite the fact no proposals have been tabled on pensions or terms and conditions, and nobody has or will lose their jobs because of the proposals TfL has set out on jobs. TfL met the RMT union at the conciliation service ACAS earlier this week and, although no resolution was reached, is keen on further talks in the hope this strike can be called off.As part of previous funding agreements, the Government has required TfL to work towards achieving financial sustainability on its operations by April 2023. This means TfL must speed up its pre-pandemic savings programme. As part of this, TfL has been engaging with its trade unions and staff to seek their views on how it can make London Underground more efficient and financially sustainable, while continuing to deliver the highest standards of safety, reliability and customer service. TfL has committed to its staff and trade unions that the safety of staff and customers will always remain paramount and the changes will protect as many jobs as possible for the people who work for TfL today, allowing more flexibility to adapt to changing customer requirements.

TfL has proposed not recruiting into around 500 to 600 posts as they become vacant – including 250 currently unfilled Tube station posts. London Underground stations will remain staffed at all times while trains are operating, with more than 4,500 station staff available across the network to assist customers and keep them safe, supplemented by enforcement teams and police. This will bring staffing levels in line with customer need while protecting as many jobs as possible. TfL is urging the RMT to work with it to find a resolution and avoid the disruption and damage the strike will cause to London and the economy.

The RMT will also continue to take action short of a strike, meaning station staff might not work overtime, until Sunday 10 July, which may impact some journeys on the Tube. This action may result in short notice station closures and customers are advised to check their journeys before they travel.

Andy Lord, TfL’s Chief Operating Officer, said: “I’d like to apologise to London for the impact this strike will have on journeys tomorrow and on Tuesday morning. We know it’s going to be damaging to London and the economy, at a time when public transport is playing a crucial role in the capital’s recovery. While our focus is always on helping everyone travel around London whenever they want, the expected impact of the RMT’s action means we have to advise people to only travel tomorrow if necessary, as many stations may be closed. Alternatives to the Tube, including the bus and rail networks, are likely to be much busier than usual and we expect the severe disruption caused by this strike to continue into the morning of Tuesday 7 June.

“No changes have been proposed to pensions and nobody has or will lose their job as a result of the proposals we have set out. My message to the RMT is this – it’s not too late to call off tomorrow’s strike action. Working with us to find a resolution is the best course of action, avoiding the disruption this strike will cause to Londoners and the economy.”

Further information will be available ahead of, and during, the strikes on TfL’s website as well as on Journey Planner.

Keywords:
RMT StrikeTube StationsTransport For LondonSouth LondonDLRLondon Overground
Your comment has been forwarded to the administrator for approval.×
Warning! Will constitute a criminal offense, illegal, threatening, offensive, insulting and swearing, derogatory, defamatory, vulgar, pornographic, indecent, personality rights, damaging or similar nature in the nature of all kinds of financial content, legal, criminal and administrative responsibility for the content of the sender member / members are belong.
Related News