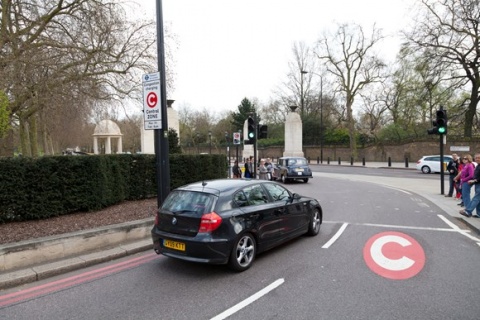 No charge in the evenings to support London’s culture, hospitality and night-time businesses.The residents’ discount is proposed to reopen for new applicants.Changes needed to achieve continuing long-term shift from the car to walking, cycling and public transport.In accordance with the condition in the Government’s first emergency funding agreement – required due to Transport for London’s (TfL’s) income being decimated by the pandemic when ridership plummeted – TfL urgently brought forward proposals to temporarily widen the scope and level of the Congestion Charge in June 2020. The operational hours of the charge were extended to include evenings and weekends, and the charge was increased from £11.50 to £15. Since then, the Mayor has been clear that the temporary charges should be reviewed to ensure a strong economic recovery in London and one that is environmentally sustainable and fair to all.

TfL is today (28 July) opening a consultation and seeking views on the future operation of the Congestion Charge. The main proposals include no charges in the evenings to support London’s recovery, operating between 12:00-18:00 on weekends and retaining the current charge level of £15.

These changes will support London’s culture, hospitality and night-time businesses and also ensure gains made in reducing car dependency over more than 15 years are not lost and the capital's recovery from the pandemic is a green and sustainable one. High levels of traffic make deliveries less reliable, delay bus journeys, worsen air pollution and make it less safe for people walking and cycling. Congestion is also damaging to the economy; in 2017, drivers in London spent an average of 71 hours in gridlock during peak hours, contributing to congestion costing London £9.5 billion in 2017*. The Mayor’s target is for 80 per cent of trips made in the capital in 2041 to be by walking, cycling or public transport, and the target for central London is 95 per cent of trips to be made by these types of travel.

The proposed new weekend charging hours are targeted at reducing congestion at the busiest times. Weekend car and private hire traffic before the pandemic was higher than during the week and made up 70 per cent of traffic in the charging zone on a Saturday and Sunday. If the proposed new weekend hours are brought in, it is estimated there will be an increase in sustainable travel compared to before the pandemic, with around 8,000 new public transport trips and 3,000 walking and cycling trips each day on the weekend.

To boost London’s culture, hospitality and night-time businesses, as well supporting shift workers who perform essential roles in the central London economy, the plans include the charge stopping at 18:00 on weekdays. This is in line with the pre-pandemic hours, rather than the current 22:00 finish time. Evening traffic data will be kept under review, given that weekday travel patterns in particular remain uncertain.

No charge between Christmas Day and New Year’s Day inclusive
The charge to be in operation on bank holidays from 12:00-18:00
Being able to pay up to three days after travel
The pandemic has brought into sharp focus the need to protect the vulnerable and those involved in caring for them, so TfL is also consulting on retaining recently expanded reimbursement schemes for NHS patients, care workers, local councils and charities during epidemics and pandemics. The pre-pandemic NHS staff and patient reimbursement arrangements will continue.

TfL continues to ensure that public transport remains an attractive option as part of the recovery from the pandemic. A wide range of additional measures including an enhanced cleaning regime with hospital-grade substances mean the network is cleaner than ever before. Regular independent testing by Imperial College has found no traces of coronavirus on the public transport network.

The Mayor of London, Sadiq Khan, said: “The Government insisted on the widening of the level and scope of the Congestion Charge last year as a condition of TfL’s emergency funding agreement – which was only needed because of the pandemic. As we look to the future it’s vital the charge strikes the right balance between supporting London’s economic recovery and helping ensure it is a green and sustainable one. These proposals support the capital’s culture, hospitality and night-time businesses which have struggled so much, as well as encouraging people to walk, cycle and use public transport. We must not replace one public health crisis with another due to filthy polluted air, and our measures to create more space for walking and cycling have already had a huge impact. I urge Londoners to have their say and take part in the consultation.”

Alex Williams, TfL’s Director of City Planning, said: “These proposals are aimed at ensuring that travel in and around the heart of the city is sustainable in the long term. We know that the charge plays a vital role in helping the logistics industry reach its customers on time and in encouraging people to walk, cycle and take public transport.

“It is also a time when theatres, restaurants and other cultural attractions are trying to get back on their feet again, which is why, after listening to industry bodies, the plans include the charge only being in place during the day. This is a balanced package of measures and I would encourage people to have their say in the consultation.”

Since May 2020, more than 100km of new or upgraded cycle lanes have been built or are under construction, along with more than 22,500 square metres of extra pavement space reallocated for people walking. The measures mean people are increasingly using bikes to get around their local area and for exercise, with recent TfL data showing cycling has increased by 22 per cent in outer London compared to spring 2019, with a seven per cent rise in inner London.

Kathryn McDowell CBE, Managing Director of London Symphony Orchestra, said: “This is great news for the LSO and the performing arts in London, especially as we open our doors to full houses in the autumn season.  We know from audience research that for some people, the lifting of the evening congestion charge will enable them to attend evening events in central London, and it will certainly give the night-time economy a much needed boost as we recover from the pandemic.”

Mark Davyd, CEO of Music Venue Trust, said: “We warmly welcome this step on the Congestion Charge by the Mayor of London. Grassroots music venues in London desperately need all the help they can get to recover from the impact of this crisis. The Mayor has been consistent in his support for live music right from the first days of the pandemic and throughout the last 18 months, and this is another sensible measure that encourages artists and audiences to come together as we try to Revive Live.”

Lohan Presencer, Chairman of Ministry of Sound, said: “This is good news for the night-time economy, making it easier for staff to travel to and from work and for customers to return to late night venues.”

Cameron Leslie, Director of Fabric, said: “We’re really pleased that the Mayor has rolled back the Congestion Charge to 18:00. Any measure to encourage people back into central London at this time by whatever mode of transport should be wholeheartedly supported. The night-time economy needs all the support it can get.”

Sir Nicholas Kenyon, Managing Director of the Barbican, said: “It is wonderful to see audiences flocking back to the live arts in London, and the lifting of the evening Congestion Charge would be a huge help in putting culture and events at the heart of the capital’s recovery.”

Julian Bird, CEO of the Society of London Theatre, said: “The theatre industry welcomes this consultation; removing the Congestion Charge in the evenings will help support our sector's pandemic recovery, benefitting audiences and theatre workers travelling into the West End.”

Elaine Bedell, CEO Southbank Centre, said: “The Southbank Centre is supportive of these proposals to the Congestion Charge which will be of significant benefit to our audiences and visitors and we welcome the opportunity this consultation provides for people to have their say.”

Huw Davies, Deputy Managing Director, Royal Philharmonic Orchestra (RPO), said: “As an organisation that is heavily dependent on audiences coming into London to attend evening concerts, the RPO warmly welcomes the proposal to bring forward to 18:00 the end of the congestion charge. We hope that this initiative will help stimulate and rebuild London’s night-time economy, which has, for more than 16 months, been so badly impacted by the pandemic. The RPO looks forward to welcoming audiences old and new to its London concerts during its 75th Anniversary Season and is grateful to the Mayor for this gesture of support.”

Keywords:
New Congestion Charge ProposalsCentral London
Your comment has been forwarded to the administrator for approval.×
Warning! Will constitute a criminal offense, illegal, threatening, offensive, insulting and swearing, derogatory, defamatory, vulgar, pornographic, indecent, personality rights, damaging or similar nature in the nature of all kinds of financial content, legal, criminal and administrative responsibility for the content of the sender member / members are belong.
Related News