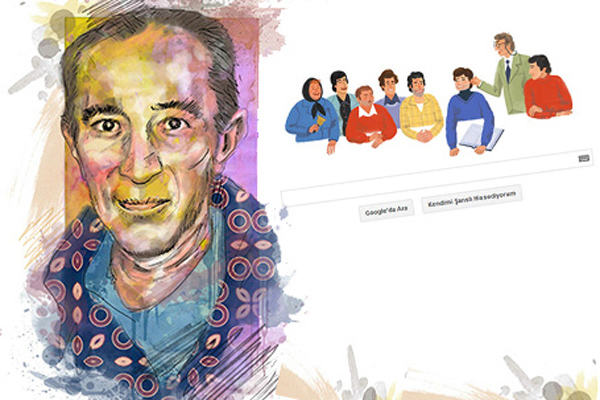 Google celebrates the 85th birthday of Ertem Egilmez, a prominent Turkish film director, producer and screenwriter, with an interactive doodle on Tuesday. The name behind some of the most popular films in Turkish film history, was celebrated with a doodle featuring a scene from “Hababam Sinifi”, a famous Turkish comedy film directed by Ertem Egilmez, and based on a novel by Rifat Ilgaz.  Ertem Egilmez, who died in 1989, was a Turkish film director, producer and screenwriter who shot legendary movies such as “Mavi Boncuk", "Sev Kardesim", "Yalanci Yarim", "Sabanoglu Saban", "Banker Bilo", "Sut Kardesler", "Namuslu" and "Arabesk”.  Doodles are made with the Google logo to celebrate holidays, anniversaries, and the lives of famous artists, pioneers, and scientists. The Google doodles demonstrate usually fun, surprising, and sometimes spontaneous changes.