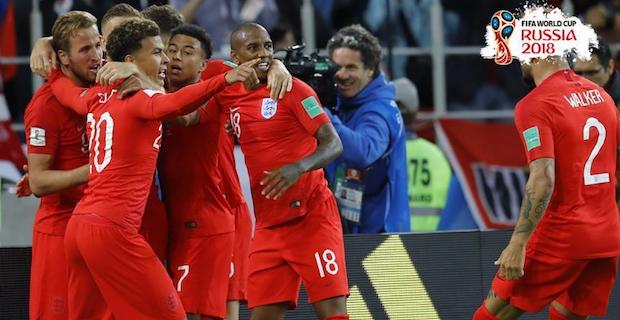 England have defeated Colombia on penalties in the World Cup to advance to the quarterfinals.

The Tuesday evening match at Spartak Stadium saw England take the lead in the second half when Colombian defender Carlos Sanchez made his second error of the tournament which prompted the referee to award a penalty kick to the opponent.

Harry Kane successfully delivered the penalty in the 57th minute to give the Three Lions the lead.

But in the last seconds of injury time, defender Yerry Mina once again emerged as the hero with a header to keep his team alive.

In the penalty shootout, England made only one mistake, beating Colombia 4-3 to advance to the quarterfinals. They will be paired with Sweden.

It also marked a milestone, with England winning a penalty shootout for the first time in World Cup history.

Keywords:
World CupSpartak StadiumColombiaHarry Kane
Your comment has been forwarded to the administrator for approval.×
Warning! Will constitute a criminal offense, illegal, threatening, offensive, insulting and swearing, derogatory, defamatory, vulgar, pornographic, indecent, personality rights, damaging or similar nature in the nature of all kinds of financial content, legal, criminal and administrative responsibility for the content of the sender member / members are belong.
Related News